In the Heights Out July 29 in India on Apple TV, BookMyShow Stream, Google Play Movies

Warner Bros. sends an IMAX film to home in India in changing of the times. 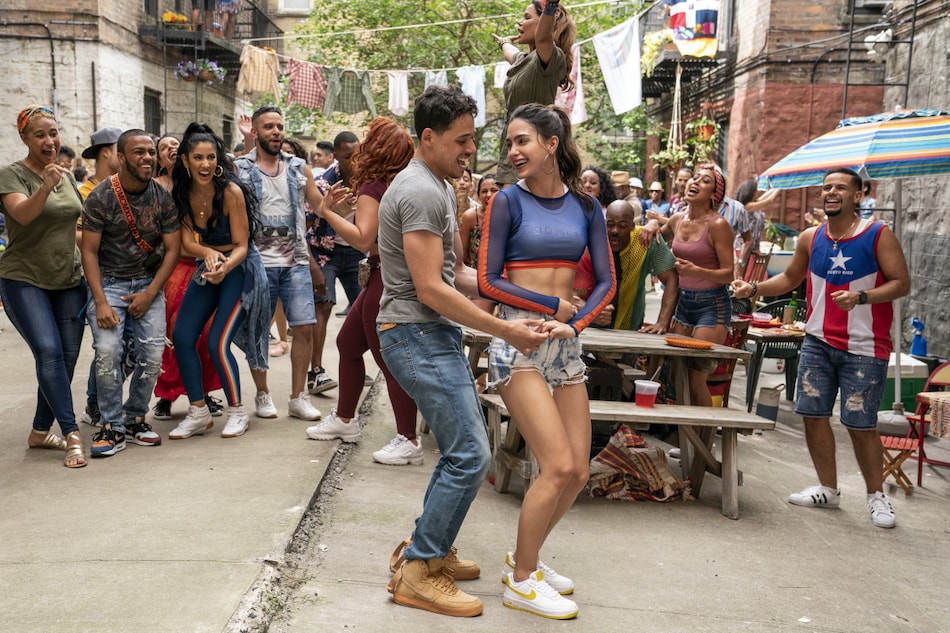 Anthony Ramos, Melissa Barrera in In the Heights

In the Heights — the critically-acclaimed adaptation of Lin-Manuel Miranda and Quiara Alegría Hudes' Tony Award-winning musical — has become the second Warner Bros. movie to skip cinemas and debut directly on video-on-demand in India during the ongoing coronavirus pandemic. No, Justice League Snyder Cut wasn't the first as it was never planned for theatres. That honour went to Angelina Jolie-led neo-Western action thriller Those Who Wish Me Dead. In the Heights' at-home premiere is more surprising though, as the film was an IMAX release for Warner Bros. That seemed like why it was holding onto it in the first place, alongside The Conjuring: The Devil Made Me Do It, but this further muddies the waters as to what audiences can expect to see at home versus what they have to wait for in cinemas.

Maybe Warner Bros.' reasoning works along the revenue lines. After all, both In the Heights and Those Who Wish Me Dead would have made little at the box office in India even in pre-COVID times. If that is the studio's thinking, it could go further. In addition to The Conjuring: The Devil Made Me Do It, Warner Bros. is now also holding onto the LeBron James-led family comedy Space Jam: A New Legacy (that released last Friday, July 16 in cinemas worldwide and on HBO Max in the US). While the new Space Jam movie had a strong opening weekend in the US, it's unlikely to do so in India. Instead of competing with every other movie once cinemas fully reopen, Warner Bros. could have cashed in on the families with kids in India who are stuck at home right now.

Additionally, it's unclear what Warner Bros. achieves by delaying at-home premieres for those it did deem to send directly to video-on-demand. In the Heights released June 10 in theatres and on HBO Max, and it will be available Thursday, July 29 in India on Apple TV, BookMyShow Stream, Google Play Movies, and YouTube Movies. That's a gap of seven weeks. Why the delay? The theatrical situation in India hasn't changed much between early June and late July. Moreover, In the Heights' HBO Max release meant high-quality pirated copies have been available on torrent sites since day one. Those that really wanted to watch In the Heights have likely already done so, further limiting the earnings potential for a movie that has already lost box office money.

Still, Warner Bros. is doing better here than other Hollywood studios. Paramount Pictures/ Viacom18 Studios continue to hold onto Emily Blunt-starrer A Quiet Place Part II, that is now even available to stream on Paramount+ in the US. It might as well write off India box office at this point. Disney is facing a similar situation with the Emma Stone-led Cruella and Scarlett Johansson's Black Widow (the latter is “coming soon” to Disney+ Hotstar). Universal Pictures is being the bravest, rolling Fast & Furious 9 into Indian cinemas in two weeks' time on August 5, which feels extremely foolhardy. It might be an attempt to stave off piracy though. Lionsgate did go a step further than Warner Bros. in debuting Jason Statham-led Wrath of Man this Friday on Lionsgate Play, but it came three months late.

There is an opportunity here for studios to show that they truly care about Indian viewers, as I've argued previously, but it doesn't look like they are interested in moving any quicker.