Masaba Masaba Season 2 is set to release on Netflix on July 29. 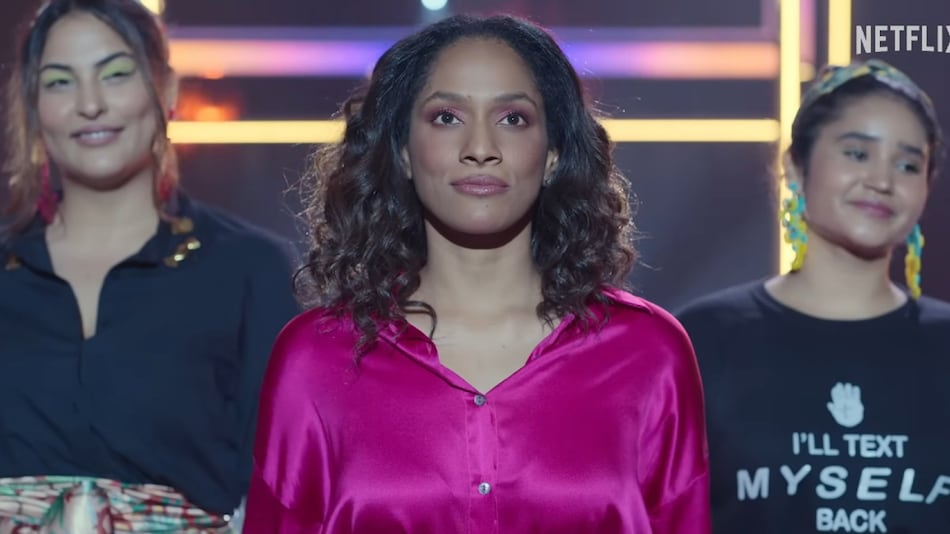 Masaba Masaba season 2 trailer is out! Mother-daughter duo Masaba Gupta and Neena Gupta are coming back on Netflix with the fictionalised biographical drama based on their lives. The show is set to release on July 29. With this season, we will see the duo attempting to turn their careers around while struggling to balance their personal life. The trailer depicts Masaba rebranding her fashion house in the hopes of a fresh start while leaving the past behind. Meanwhile, Neena tries to revive a show from her past to resurrect the glory days of her career.

Masaba Masaba season 2 will see the real-life mother-daughter duo of Masaba and Neena play fictionalised versions of themselves. The trailer shows how Masaba has decided to rebrand her fashion label 'House of Masaba' as 'House of Shaadi'. As she sets out to be the 'King' of the fashion industry, Masaba will have to deal with matters of the heart as well. Dhairya, played by Neil Bhoopalam, returns as the investor turned potential love interest. Masaba's professional life further bleeds into her personal life as Fateh, a client portrayed by Armaan Khera, also starts flirting with her. "Can she have it all?" — a thriving career and a stable love life.

Meanwhile, Neena has decided to reboot Fusrat and is looking for a lead actor for the show. Here, she comes across Ram Kapoor. But, the two seem to have some sort of history that Neena appears to be uncomfortable with.

Masaba Masaba Season 2 is directed by Sonam Nair and produced by Ashvini Yardi under the Viniyard Films banner. This season's cast also includes Rytasha Rathore, Kusha Kapila, Kareema Barry, and Barkha Singh. Its release date is set for July 29 on Netflix. It is unclear how many episodes the second season will have. Meanwhile, the Masaba Masaba Season 1 premiered in 2020 with six episodes.

Sendit, Yolo, NGL: Anonymous Social Apps Are Taking Over Once More, but They Aren’t Without Risks
Comet K2 Makes Closest Approach to Earth, but the Celestial Show Is Not Over Yet