Varma is globally known for Game of Thrones. 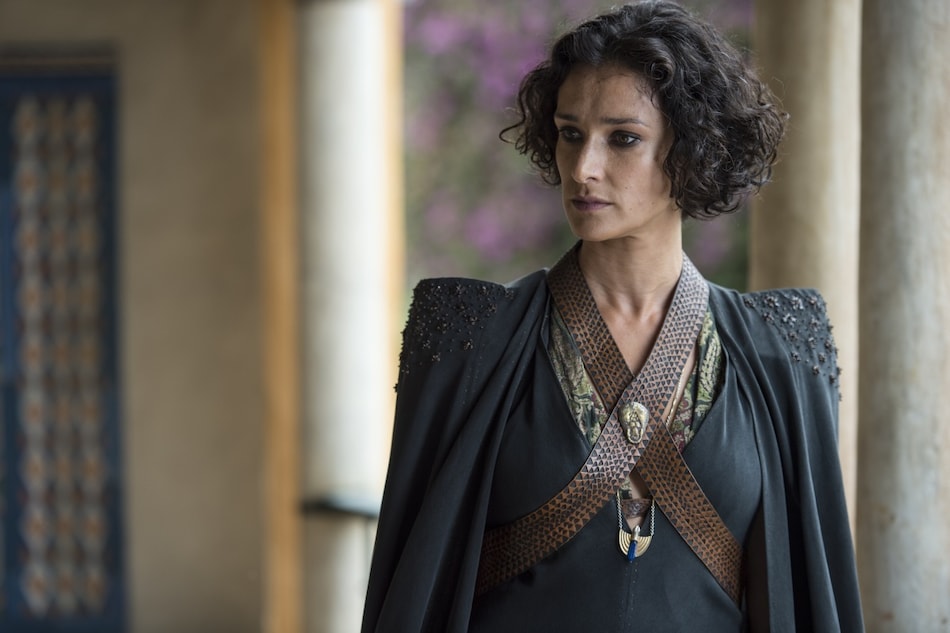 Indira Varma in Game of Thrones

Indira Varma is joining the Star Wars galaxy far, far away. The 47-year-old British actress, best known for playing Ellaria Sand on Game of Thrones and the co-lead in Mira Nair's Kama Sutra: A Tale of Love, has reportedly been cast in Obi-Wan Kenobi, the Star Wars prequel series set 10 years after Star Wars: Episode III – Revenge of the Sith. There's no word on Varma's Star Wars character as of yet. Varma joins Ewan McGregor and Hayden Christensen on the Obi-Wan Kenobi cast; the two are reprising their respective roles of Obi-Wan Kenobi and Anakin Skywalker / Darth Vader.

Deadline first brought word of Varma's casting in Obi-Wan Kenobi, with its sister publication Variety backing its claims shortly after. Neither Disney (that owns Star Wars maker Lucasfilm) nor Varma's representatives were available for comment. Varma made her film debut with Kama Sutra: A Tale of Love and starred in 13 Game of Thrones episodes. She was also part of HBO's Rome, ITV's Paranoid, Gurinder Chadha's Bride and Prejudice, and Ridley Scott's Exodus: Gods and Kings. Currently, she's part of the main cast on Amazon's Carnival Row, and ABC's For Life (available on SonyLIV in India).

Obi-Wan Kenobi has had a bit of trouble during production, at times due to no fault of its own. The Star Wars series was originally envisioned as a standalone film, in the mould of Rogue One and Solo: A Star Wars Story, but the latter's critical and commercial failure doomed its big-screen hopes. After it was turned into a Disney+ series, it ended up in the hands of writer Hossein Amini (Drive). But Lucasfilm was apparently unhappy with the scripts — and started from scratch with Joby Harold (King Arthur: Legend of the Sword).

The one constant since Obi-Wan Kenobi became a Disney+ series has been Deborah Chow (The Mandalorian), who will direct Obi-Wan Kenobi episodes and serve as an executive producer. The Mandalorian's global success has enamoured everyone involved at Lucasfilm. The Mandalorian creator Jon Favreau and executive producer Dave Filoni are in charge of expanding the Star Wars cinematic universe, starting with The Book of Boba Fett (premiering December), and then onto Ahsoka and Rangers of the New Republic.

But that's not all. Lucasfilm is developing several other Star Wars series, including Andor about Rogue One's Cassian Andor from Tony Gilroy, Lando about Lando Calrissian from Dear White People's Justin Simien, The Acolyte from Russian Doll's Leslye Headland, and three animated series in Star Wars: The Bad Batch (premiering May 4), anthology Star Wars: Visions, and A Droid Story that follows R2-D2 and C-3PO.

Obi-Wan Kenobi will air on Disney+ and Disney+ Hotstar, not before 2022. Filming begins “late spring 2021” — delayed a few months from when it was previously planned — in Los Angeles.