The Book of Boba Fett is now in production, and The Mandalorian season 3 will follow it. 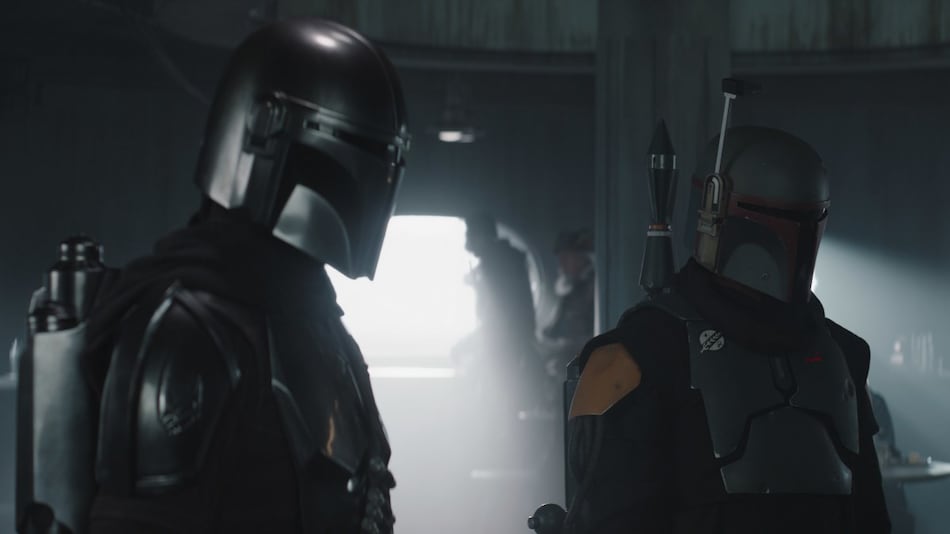 Pedro Pascal as Mando, Temuera Morrison as Boba Fett in The Mandalorian season 2

“We wanted to hold this back because we didn't want to spoil the surprise during the big Disney announcement of all the shows when Kathleen Kennedy was up there, and so they let me keep this one a secret,” Favreau told the hosts of Good Morning America on Monday. “So this is actually separate from The Mandalorian season 3. But what we didn't say in that announcement is that the next show coming up — Kathy said the next chapter — and that's going to be The Book of Boba Fett.

“And then we go into production right after that on season 3 of The Mandalorian, back with the main character that we all have known and loved. So that's going to be pretty soon following that. We're working on pre-production on that right now, while we're in production on Boba Fett.”

Also on Monday, Disney unveiled the official logo for The Book of Boba Fett, and announced the primary cast and crew. Temuera Morrison and Ming-Na Wen will return as Boba Fett and Fennec Shand, respectively, as we had supposed. Favreau will serve as an executive producer alongside Star Wars veteran Filoni, and Robert Rodriguez, who directed The Mandalorian season 2 episode 6 “Chapter 14: The Tragedy”, the one in which Morrison returned as Fett.

The Book of Boba Fett, a new Original Series, starring Temuera Morrison and @MingNa Wen and executive produced by @Jon_Favreau, @Dave_Filoni, and Robert @Rodriguez, set within the timeline of #TheMandalorian, is coming to #DisneyPlus Dec. 2021. pic.twitter.com/vAoPWpxquq

Favreau also revealed that Filoni is currently writing Ahsoka, another The Mandalorian spin-off that follows Ahsoka Tano (Rosario Dawson), the Jedi we met in The Mandalorian season 2 episode 5 “Chapter 13: The Jedi”, which was written and directed by Filoni. Ahsoka was first introduced back in 2008 in the Star Wars: The Clone Wars film, and then went on to play a role in the animated series of the same name, followed by an important part in Star Wars Rebels.

The Star Wars cinematic universe has grown massively since the premiere of The Mandalorian in November last year. In the span of 13 months, we have gone from one live-action Star Wars series to eight. In addition to aforementioned three, there's Andor which follows Diego Luna's Rogue One character, Obi-Wan Kenobi with Ewan McGregor and Hayden Christensen, The Acolyte from Russian Doll's Leslye Headland, Lando from Dear White People's Justin Simien, and Rangers of the New Republic (a third Mandalorian spin-off) from Favreau and Filoni.

The Book of Boba Fett premieres December 2021 on Disney+ and Disney+ Hotstar. The Mandalorian season 3 will follow “pretty soon” after.