Devgn and Raashii Khanna step into the shoes of Idris Elba and Ruth Wilson. 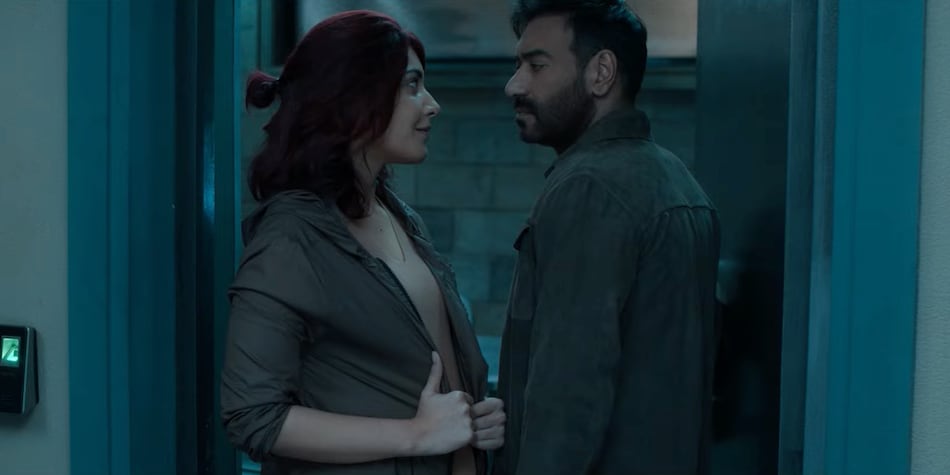 Rudra: The Edge of Darkness trailer and release date is here — the show is out March 4. On Monday as promised, Disney+ Hotstar unveiled a second trailer for its next Hotstar Specials original series led by Ajay Devgn. He plays DCP Rudra Veer Singh who has solved the most cases for SCU — we're never told what it is, but I'm guessing Special Crimes Unit? — in the past, before he returns to confront new problems. His marriage is falling apart, his wife (Esha Deol) is seeing someone else. Rudra is chasing a villain who has a particular dislike for the police. And in his greatest challenge yet, he's confronted by the mysterious Aliyah (Raashii Khanna) who wonders how Rudra catches the criminals who don't slip up.

If some of that sounded eerily similar to you, that's because Rudra: The Edge of Darkness is an official remake of the Idris Elba-led British crime drama series Luther — which ran for five short seasons on BBC One and is set to get a movie follow-up likely in 2022 — that has also been adapted in France, Russia, and South Korea previously. (An American version with Mahershala Ali and Rosario Dawson was in the works, but never materialised.) The Rudra: The Edge of Darkness trailer isn't quite promising though, with Devgn spouting generic dialogues and unable to channel Elba's grittiness. And Khanna is nowhere close to Ruth Wilson's charismatic performance from Luther.

“My character in Rudra: The Edge Of Darkness is possibly the greyest character you may have never witnessed before,” Devgn said in a prepared statement. “This has been both challenging and inspiring for me, and I am elated to share the magic of Rudra with my fans across the world. I hope they fall in love with the show as intensely as we have worked towards the making of it.”

Mapuskar added: “Rudra spins a darker and grimmer tale to the usual cop and crime drama. The psyche of criminal minds is explored unusually with a hero who is quite dark himself, all through his pursuit of the truth. It was absorbing and enthralling to make and I hope it feels like that in the viewing.”

For Disney+ Hotstar, Rudra: The Edge of Darkness will be the third Hotstar Specials original series in 2022, following the Shefali Shah and Kirti Kulhari-led thriller Human in January, and the ‘murder mystery' drama The Great Indian Murder earlier in February, whose ensemble consisted of Richa Chadha, Pratik Gandhi, Ashutosh Rana, Raghubir Yadav, Sharib Hashmi, and Shashank Arora. Devgn, incidentally, was among the producers on The Great Indian Murder.

Here's the official synopsis for Rudra: The Edge of Darkness —

Set in Mumbai, Rudra: The Edge of Darkness is a race-against-the-clock thriller that delves into the psyche of highly intelligent criminals and the detective who hunts them. Each episode in the series features a new threat even as the overarching series arc continues, portraying the grave personal cost at which DCP Rudra Veer Singh pursues criminals and killers and the unlikely friendship that he forms with Aliyah, a genius sociopath. In the series, Mumbai, the metropolis goes beyond being a mere backdrop for our hero's vigilante actions but sets the very stage upon which the war between good and evil is waged. Even in this darkness, Rudra believes there is still love in the world. Because in the end, humanity is all we've got. And it is for this belief that Rudra sacrifices everything he has.

Rudra: The Edge of Darkness is out March 4 on Disney+ Hotstar in India and elsewhere, and Hulu in the US.