It’s up to John Cena, Margot Robbie, and Idris Elba to stop it. 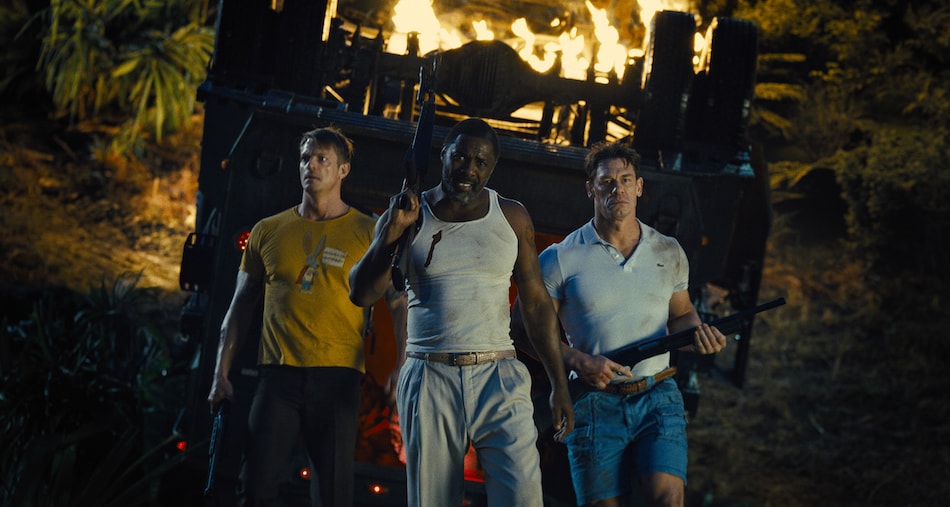 The Suicide Squad has a new trailer — in English and Hindi. With just over five weeks to go for James Gunn's soft reboot/ follow-up to the dumpster fire that was 2016's Suicide Squad, Warner Bros. has unveiled a new two-minute trailer for The Suicide Squad that finds the new squad — led by Margot Robbie, Idris Elba, John Cena, Joel Kinnaman, and a shark — travelling to a fictional South American island (Corto Maltese) to destroy all traces of “Project Starfish”. Turns out it's the giant tentacled monster alien Starro, whom we briefly glimpse in the new The Suicide Squad trailer, along with his starfish-lookalike minions.

The (likely) final trailer for The Suicide Squad opens by introducing Robert DuBois/ Bloodsport (Elba), who's in prison for putting Superman in the ICU with a Kryptonite bullet. He has no interest in joining the new Suicide Squad but he's angered when his daughter, Tyla (Storm Reid), is threatened. “I wouldn't take such extreme measures if this mission weren't more important than you could possibly imagine,” Amanda Waller (Viola Davis), one of the few returning characters from 2016's Suicide Squad says calmly, as DuBois holds a pen to her throat.

We are then given a quick run-through of the new Suicide Squad — and once together in the plane that will take them to Corto Maltese, they instantly start poking fun at Weasel (Sean Gunn), whom they mistake for a dog and a werewolf. The Suicide Squad trailer has a couple of toilet humour jokes, which is kind of low hanging fruit for a writer-director in Gunn who has shown himself to be much smarter with two entries of Guardians of the Galaxy in DC's rival Marvel camp. The rest of The Suicide Squad trailer is largely made up of action snippets.

The Suicide Squad is out July 30 in the UK, and August 6 on HBO Max and cinemas in the US. The DC movie is tentatively slated to release August 6 in India — in English, Hindi, Tamil, and Telugu — as well, but that seems unlikely given most theatres are yet to reopen following COVID-19 restrictions.