The Flash season 7 is already here. Supergirl season 6 next week. Others coming soon. 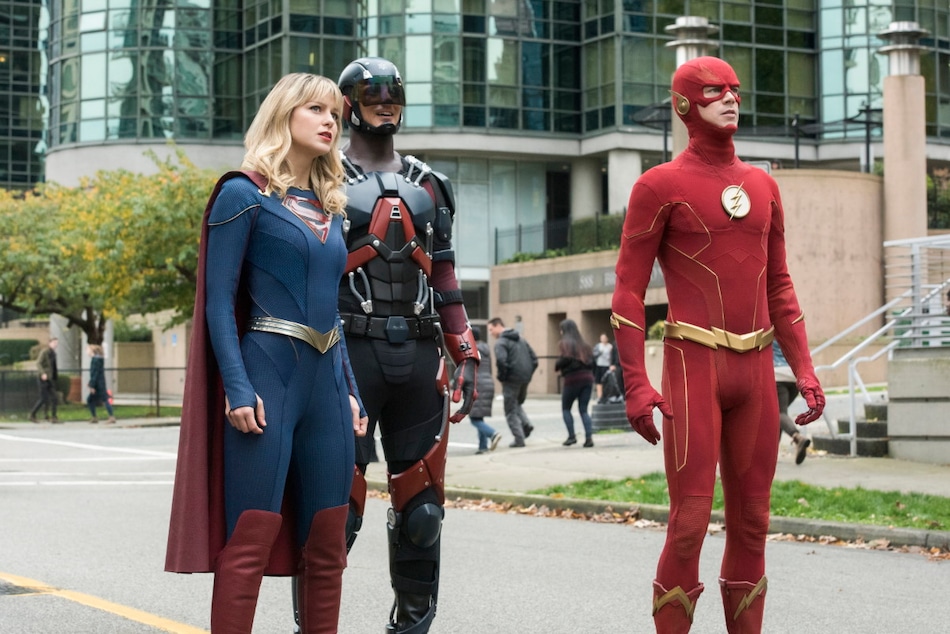 Supergirl, Atom, and The Flash in Crisis on Infinite Earths

The Arrowverse is streaming again in India. Amazon Prime Video announced over the weekend that it had secured streaming rights to Arrow, The Flash, Supergirl, Gotham, and Legends of Tomorrow. Four of those belong to the Arrowverse, while Gotham is standalone and unrelated. The Flash arrived Monday on Prime Video with all episodes, including last week's The Flash season 7 episode 10. All six seasons of Supergirl will be available next Monday, May 31. Arrow, Gotham, and Legends of Tomorrow are all coming soon — the latter is the only ongoing series among them, as the other two have finished their runs. We've reached out to Amazon for comment.

For Indian DC fans, this will also help offset the troubles with Colors Infinity. The Viacom18-owned channel has been the cable home of Arrowverse in India for a while now, but it has not been airing the latest seasons of any ongoing series: The Flash season 7, Supergirl season 6, Legends of Tomorrow season 6, Black Lightning season 4, or Batwoman season 2. The pandemic is to blame, Colors Infinity says, but that hasn't stopped Amazon from getting its hands on all the new Arrowverse episodes. It's likelier that it has to do something with Amazon's new deal. We've reached out to WarnerMedia for clarification and will update when we hear back.

With this, the bulk of the Arrowverse — Arrow and Black Lightning were on Netflix, for what that's worth — returns to streaming in India nearly 13 months since they left our screens due to Hooq shutting down. (Hooq had a deal in place with Disney+ Hotstar that temporarily made it both the home of Marvel and DC.) Warner Bros. Television Distribution had remained mum on the matter ever since, except to say that it was always in discussions with partners and that it recognised that DC fans in India wanted to watch their favourite superheroes on streaming. Now, after a full year and more, those fans have been seen by Prime Video and Warner Bros., though not all of them annoyingly.

For instance, there's still no word on the other two remaining Arrowverse series: Batwoman, and Superman & Lois. Batwoman has aired on Colors Infinity in the past, but Superman & Lois has yet to officially grace India. Neither have been picked by Amazon seemingly. That is also the case for other DC TV shows in Doom Patrol, Swamp Thing, Pennyworth, and DC's Stargirl. The Superman prequel spin-off Krypton was briefly available in India, but it is not currently streaming. Titans is the only other DC show officially available here, on Netflix. While Marvel is consolidated on Disney+ Hotstar, it seems Indian DC fans will never get a similar treatment.

Still, it's now going to be better than it has been. The Flash is now streaming on Prime Video. Supergirl will join it on May 31, with Gotham and Legends of Tomorrow following soon. Arrow is streaming on Netflix at the moment, and will expectedly move to Prime Video soon.