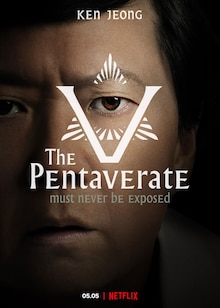 Share
Comedy
3.5 ★ 2022 Season 1 English
A journalist tries to uncover the truth behind a secretive society of five men ? similar to the Illuminati ? which has been influencing world events for centuries.

About The Pentaverate TV Series

A secretive society of five men has been influencing world events for the greater good since 1347’s Black Plague.

When Canadian journalist Ken Scarborough (Mike Myers) smells their existence, he begins an ambitious mission to uncover their truth.

Meanwhile, a threat is hovering over society, which might prove disastrous for the world as well.

Will Ken Scarborough rise as an ultimate saviour of the world during his mission?

The Pentaverate serves as a comeback show for Myers, who is playing eight different characters here.