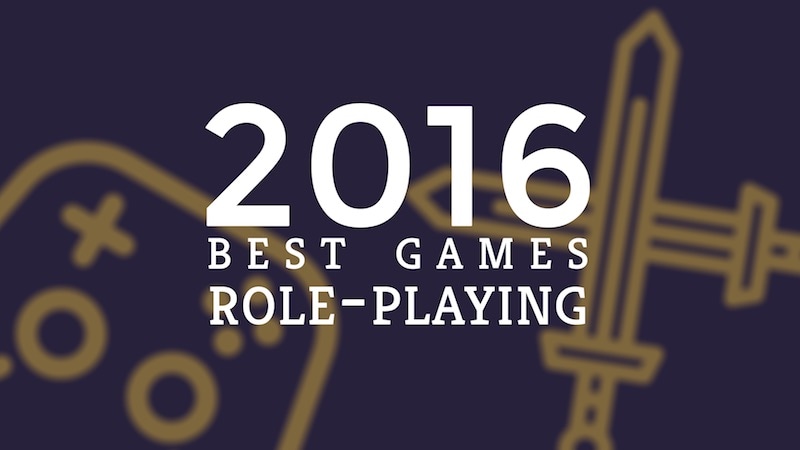 With shooters and open-world games have a great year, you’d think the same would apply to role-playing games as well. But this is far from the case. Outside a string of niche titles on handheld devices, it’s been slim pickings. Nonetheless, there are still some great gems to play for RPG fans. In no particular order, these are the best RPGs of 2016.

Check out our other year in review coverage:

1. Dark Souls 3
Dark Souls 3’s gameplay squarely falls in between the blistering pace of Bloodborne and the staccato rhythm of other Souls games. The amalgamation of familiar gameplay concepts that work well together gives Dark Souls 3 an identity that's a whole lot more refined than anything we've come across in the series. All that made our time with Dark Souls 3 well spent despite its technical and user interface failings.

2. The Witcher 3: Blood and Wine
The Witcher 3: Wild Hunt was one of our favourite games of 2015. Its final expansion — Blood and Wine has you squaring off against a new villain in a new land, and while it lacks the epic ‘save the world’ appeal of the main game, it does more than enough to warrant a play through. It's a great farewell to end the adventures of protagonist Geralt of Rivia.

3. Odin Sphere Leifthrasir
Odin Sphere is a 2D game, and no, that's not a bad thing. For one, there's a colourful, almost hypnotic art direction that makes it a treat for the eyes. Be it bloody battlefields or ice capped wastelands, the world is a joy to behold, and even more so in motion. It might lack the 3D appeal we've come to expect from modern day releases but that doesn't make it any less engrossing to play. More so with a revamped combat system that improves upon the 2008 original.

4. Deus Ex: Mankind Divided
With an interesting hub-world in Prague, a slew of memorable missions and enticing side-quests along with a robust skill-tree, Deus Ex: Mankind Divided was one of the better games of the year. The narrative and element of choice is more The Witcher 3 than Mass Effect, allowing for shades of grey. Throw in multiple ways to achieve an objective and you have little reason not to check this out.

5. Final Fantasy XV
A fantastic open-world, perfect combat and stupendous production values make Final Fantasy XV better than the sum of its parts. Look past the uninspiring music and somewhat ordinary story, and you’re treated to fantastic moment to moment gameplay, and an intricate set of systems that will have you coming back for more, even while Square Enix attempts to patch in more story.

What are your favourite role-playing games of the year? Let us know in the comments.