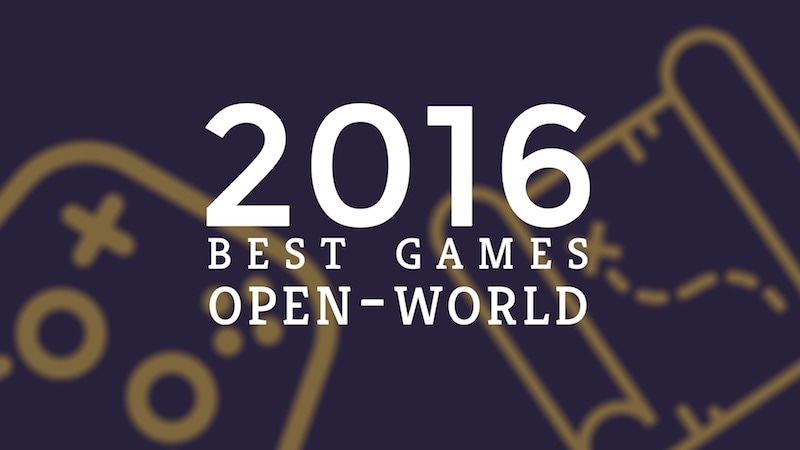 If there's one type of game that's really defined this generation of gaming, it's the open-world genre. So far-reaching is its influence that other genres such as shooters and racing games have adopted its norms to make fuller, richer titles.

These games might put you in the shoes of a hacker, or a mob boss, or a caveman struggling for survival, but these games all make use of rich worlds full of objectives to track down and side missions to play through. Here are our favourite open-world games of 2016.

Check out our other year in review coverage:

1. Far Cry Primal
Far Cry Primal might seem out of place in a franchise known for vast open spaces and guns galore, but it's also one of the most refined entries in the series. The world of Oros is stunning, from its snow capped mountains, to the tiny flickers you see as you light a fire. As a result, Far Cry Primal is easily one of the best looking games this generation. It's coupled with an immense sense of freedom as the entire region is open for you to explore from the very outset, making this one of the best open world games we've played.

2. Forza Horizon 3
From gorgeous weather effects to luscious foliage and even beaches, Turn10’s take on Australia in open-world racer Forza Horizon 3 has to be seen to be believed. Not only does it sport stunning attention to detail, but it has a host of collectibles to chase after and a myriad of challenges to take part in, making it a consistent, fantastic experience through and through.

3. Mafia 3
1960s New Orleans serves as the inspiration for Mafia 3’s New Bordeaux. Racist shopkeepers and locales such as an abandoned amusement park and stretches of bayou make it one of the more memorable open worlds of the year, as you murder people and carry out heists.

(Also see: Mafia 3 Review: A Technical Mess That Delivers Where It Counts)

4. Watch Dogs 2
Ubisoft’s rendition of modern day San Francisco, with all its quirks rendered with eerie accuracy, makes Watch Dogs 2 more than just a competent game. From missions that take you to the weirder parts of the city, to stunning vistas that scream of personality, it elevates the exploits of Marcus and his ragtag bunch of hacktivists at Dedsec to a whole new level, despite minor technical flaws.

What were your favourite open-world games of 2016? Let us know via the comments.