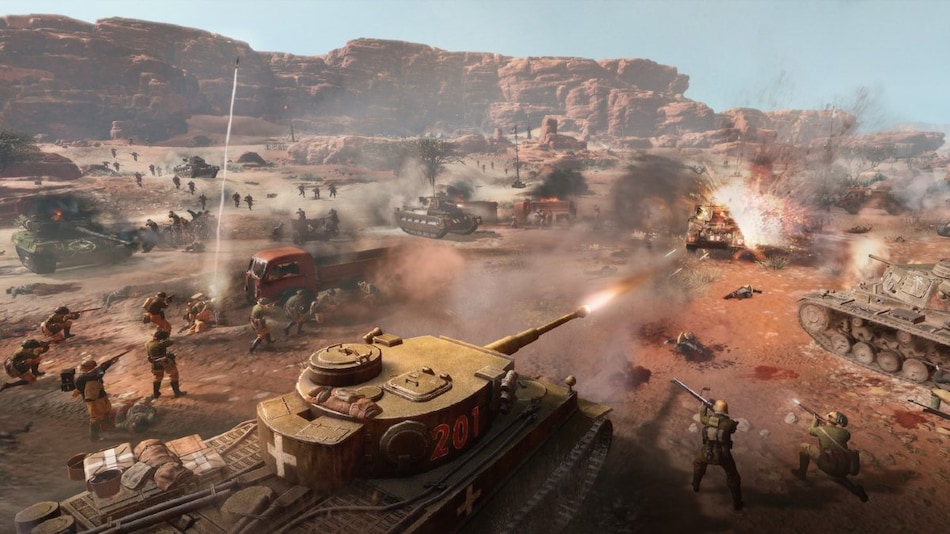 Company of Heroes 3 will release on November 17 for PC via Steam. Relic Entertainment and SEGA have announced that the pre-orders are open for the game. There is also a free-to-play Mission Alpha available for a limited period. A trailer for the North African Operation was also released. It is the second single-player campaign the developer has revealed after the previously announced Italian Dynamic Campaign. The North African Operation offers a linear narrative-driven experience where you take command of the infamous Deutsches Afrikakorps (DAK).

Relic Entertainment announced on Tuesday that Company of Heroes 3 is now available for pre-order on Steam for Rs. 3,399. Pre-purchasing the game now will give buyers access to the Launch Edition, including the Devil's Brigade DLC pack. Its release date on PC has been set for November 17. The developer has also revealed the North African Operation — a single-player campaign that will offer an engaging linear narrative where players will control the infamous German DAK expeditionary force. The game will also feature the Italian Dynamic Campaign — a sandbox-style map where players will have to command the overall war effort in Italy.

Company of Heroes 3 will arrive with four playable factions — the US Forces, British Forces, Wehrmacht, and DAK. include. Along with the two aforementioned single-player campaigns, the game will also feature competitive and co-op multiplayer modes.

As fans of the franchise wait for the November release, they can get a first look at the DAK in action by signing up for the Mission Alpha. This free-to-play alpha includes missions from the early part of the North African Operation campaign. This version is available to play on Steam till July 12 at 12pm EST / 9:30 IST.

Company of Heroes 3 is currently available to pre-order on Steam for Rs. 3,399. It will release for PC later this year on November 17.