Relic Entertainment will use the additional three months to ensure better optimisation at launch. 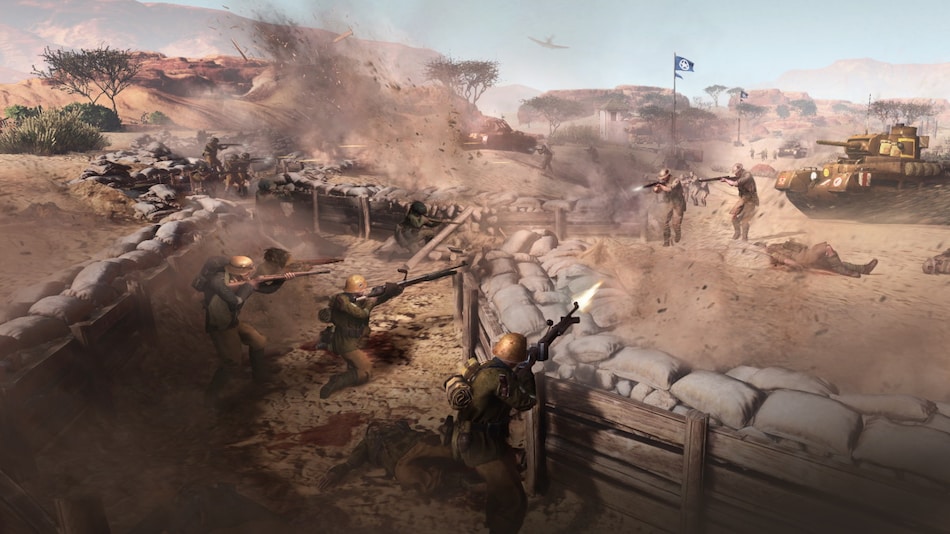 Company of Heroes 3 release date has been delayed by three months. On Tuesday, Sega and Relic Entertainment announced that their upcoming war-themed, real-time strategy game has been pushed to February 23, 2023. The title was initially set to launch on November 11, but it requires more time for polish. As part of the announcement, the studio detailed a set of new features, based on community feedback, including changes to the map, improved voice lines, and a cleaner HUD. Company of Heroes 3 will be out exclusively on PC via Steam.

Unlike most AAA developers, Relic Entertainment is quite forthright about its reasoning for the delay. “There are still bugs to squash, pixels to polish, gameplay to adjust, and feedback to address,” the statement reads. On its official website, the studio has kept its community updated on all fronts of development — even adding a comment section for fans to react. Right from the get-go, community interaction has played a major role in shaping Company of Heroes 3 to its full potential. Dating back to the formation of a community council, three years ago, Relic Entertainment has kept top players from around the world in the loop, helping lay the foundation for the upcoming game.

“When we brought in our ten players, and sat them down, we put on the board: ‘Hey, what theatre would you guys want?' And we all agreed that we wanted a new theatre, we didn't want to revisit the Western Front or the Eastern Front,” executive producer David Littman told PC Gamer. “So really, the only two things left were the Mediterranean and Pacific. We put them both on the board, and it was just 10-0. Mediterranean over Pacific.” Members have been able to playtest Company of Heroes 3 to their hearts' content, and offer valuable feedback.

Company of Heroes 3 tosses players into the Mediterranean, as they command ground, air, and naval forces to battle, and crush enemy lines. Pre-ordering the game — at Rs. 3,399 on Steam — grants access to the Devil's Brigade DLC pack, which adds a slew of cosmetics inspired by the first commando units of World War II. With the aforementioned delay, Relic Entertainment has also detailed some much-requested changes to the game.

For starters, the Dynamic Campaign map in Company of Heroes 3 will feature UI improvements and a more aggressive AI, making encounters all the more challenging. Visual enhancements include shader and FX technology, which ensures that vehicles collect more dirt and grime with time, impact damage, scratches, and burn effects depending on your progression on the battlefield. Then there's clearer mini-map information, better camera positioning, improvements to upgrade trees, clean HUD, and more. Further information will be shared on a weekly basis.

Company of Heroes 3 now launches February 23, 2023, exclusively on PC via Steam. Currently, there is no word on a tie-up between Relic/Sega and Microsoft that could bring the game day one to PC Game Pass.