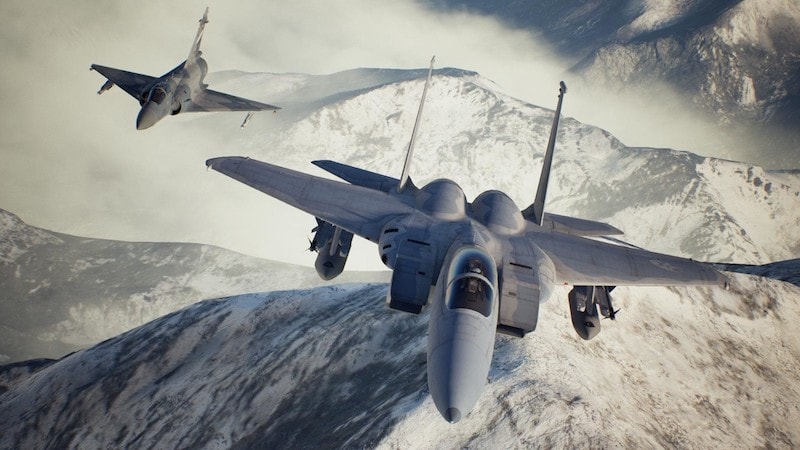 In our Ace Combat 7 review for PS4 and Xbox One, we tell you if this rare flight simulator is worth a buy

Ace Combat 7: Skies Unknown is the latest in the long-running series of combat flight simulator games that were a staple of the PS1 and PS2 era. Five years since Ace Combat Infinity — the last entry, which was a free-to-play PS3 game — the franchise returns on PS4 and Xbox One, with a Windows release slated for next month. In Ace Combat 7, you don the role of a fighter pilot with a host of aircraft and a veritable arsenal of weapons at your disposal. In an age where flight simulators are scarce, is there more to Ace Combat 7 than just its novelty? Let's find out.

Despite the '7' in its name, you don't need any knowledge of past entries in the series. Ace Combat 7: Skies Unknown has you amidst a war between two fictional countries thanks to a drone strike. After a few missions, you're accused of murder and sent to a penal military unit called the Spare Squadron to atone for your crimes.

The world of Ace Combat 7 is just as odd. It's where all too real Rafale fighter jets rub shoulders with gigantic propeller-powered flying fortresses that spit out drones. Without spoiling much, the mix of contemporary and sci-fi weapons along with its ridiculous series of story events is bizarre enough to hold your attention if only to see what happens next.

This is backed by Ace Combat 7's visuals. Opting for a photorealistic style, every element of the game is surprisingly detailed. From the dials and readings in your cockpit to massive, winding canyons, Ace Combat 7 is quite the looker. There are even neat touches with weather effects like lightning strikes and rain to liven up the proceedings.

However, not all of Ace Combat 7's graphics exist solely to make it look good. Some of them enhance the gameplay in meaningful ways. For example, you can use its generous cloud cover to evade incoming missiles from rival fighters. But if you spend too much time in the clouds, your radar accuracy is hampered, making it tough to discern where your enemies are.

All of this is combined with a surprisingly flexible control scheme. The default option for newcomers is a great way to start playing with a minimal learning curve. If you've played nearly any game of this generation, getting to grips with what Ace Combat 7 has to offer is extremely easy. Veterans, on the other hand, will like the ability to customise the controls at will, even plugging in a flight stick as needed. Flying feels responsive while evading enemy fire is less of a task thanks to the numerous cues to inform you that there's a missile locked on your position.

While it does take a while to get used to aiming at some of its nimbler adversaries like the aforementioned drones — which are extremely fast — or land a hit on trucks, it is always satisfying to land a direct hit on a target. Be it flying fast and low to hit enemy bases or taking out drones in prolonged dogfights, battles in Ace Combat 7 feel right.

And while the core elements of Ace Combat 7 are in the right place, it's not perfect. For starters, the game doesn't do a good enough job of explaining some mission objectives. One early on had us tasked with destroying ground forces but failed to mention that not dealing with enemy fighter jets in the vicinity would have us trying again.

It didn't help that the checkpoint system — which lets you restart a mission from the point after you've completed key events the first time around — didn't work. We had to play that specific mission from the very beginning rather that start where we left off.

Eventually we noticed that this was a problem across several missions and not just this one in particular. This made progressing through Ace Combat 7's many chapters more cumbersome than it should be as missions had to be restarted from the very beginning. Perhaps it's something that gets rectified in a future patch, but right now, this could be a glaring concern for some. More so when you consider how long some missions end up being, some in excess of 40 minutes. Seeing a Game Over screen and being unable to continue remotely close from where you left off is disappointing.

These issues notwithstanding, Ace Combat 7 is an entertaining and visually stunning game. If you're looking for something out of the ordinary and have immense patience for an inconsistent checkpoint system, it's well worth a look in.