Sundar Pichai at IIT-Kharagpur: Had to List Gmail Improvements, Was Selected Because Larry Page Didn't Interview Me 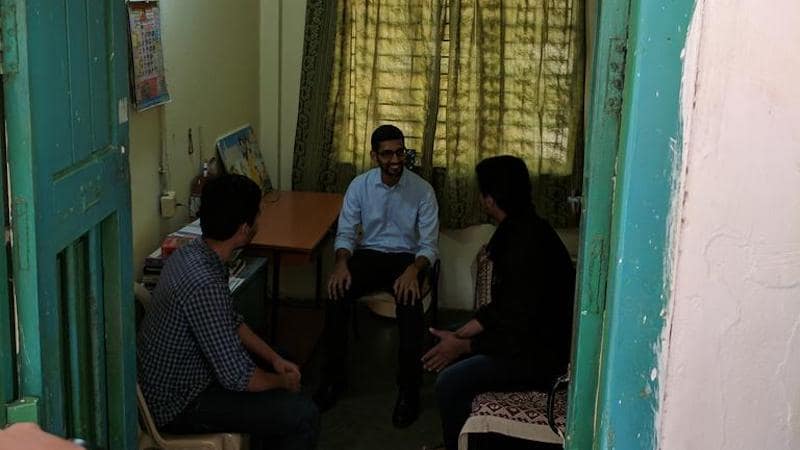 At his alma mater IIT-Kharagpur, Sundar Pichai recalled his interview experience at Google, the company whose CEO he now is, and joked that he was selected because co-founder Larry Page did not interview him.

In a discussion with IIT-Kharagpur students, moderated by InfoEdge Managing Director and CEO Hitesh Oberoi, Sundar Pichai recounted that he interviewed at Google on April 1, 2004, the same day that the company launched Gmail. Thinking of Gmail as an April Fool's prank, he was stumped when the interviewer asked him about his thoughts on the new email service. It wasn't until halfway through the process that Sundar Pichai realised that Gmail was a real thing - and the rest of the interview saw him talking about how Gmail could be improved upon.

Sundar Pichai continued. "It was only in the fourth interview when someone asked me, 'Have you seen Gmail?' and I said no then he showed it to me, and then the fifth interview I was finally able to start answering."

"So for the final four interviews I was able to finally tell them what I think of Gmail and how to improve Gmail, and that's my interview experience," Sundar Pichai concluded. "Someone in the middle also took me to have ice cream, which showed me it was a fun place."

Sundar Pichai also joked that he was one of the first employees at Google not to be interviewed by Page, and said he always tells people that's why he got the job.

Another student asked Sundar Pichai how he [the student] could get a job a Google - clearly it's a question that Pichai hears a lot, because while all the other students laughed, Pichai just had a very wry look on his face. When the IIT Kharagpur students were asked in turn to raise their hands if they wanted to work with Google, most of the hands in the audience went up. Sundar Pichai quipped that he should open a campus in Kharagpur.

The student who had asked the question wanted to know how he - a mathematics student whose core subject was not computer science - could get a job, and Sundar Pichai also told him not to worry, as there were a lot of areas where mathematics was relevant, such as artificial intelligence and machine learning, and said it's easier to teach a mathematician the coding parts, than to do it the other way round.