AI has proved useful to predict patterns, our tastes, and likes and dislikes. 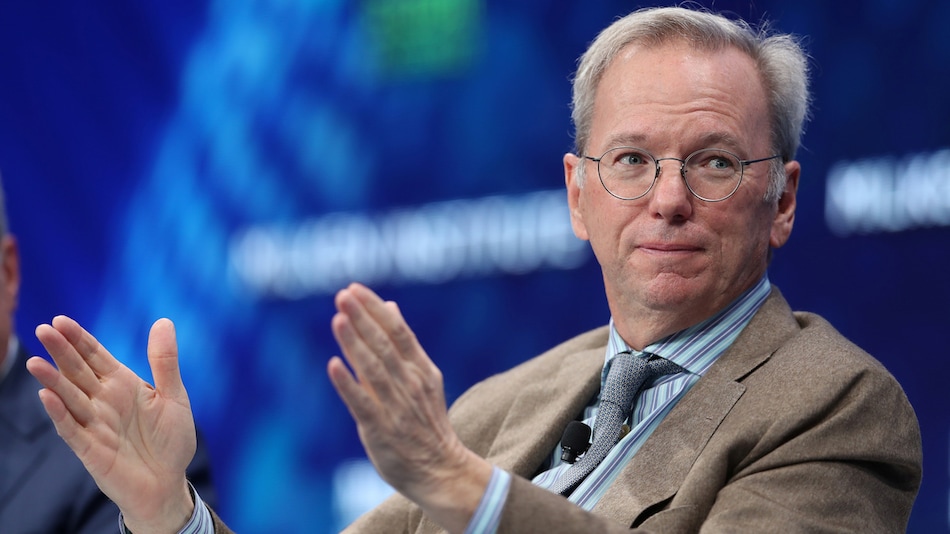 Artificial Intelligence is a powerful tool. From self-driving cars to assisting doctors and directing our social media interactions, it is playing a role that is unprecedented. Considering the speed at which it is acquiring this central role, there are bound to be some concerns about how we should integrate ourselves with it – and to what extent. Discussing these themes with The Atlantic, former Google CEO Eric Schmidt, said we are in a “watershed” moment for the technology. But it does not necessarily mean evolution.

With AI, Schmidt said in the interview, the current problem of misinformation will be “child's play” and people will try to use it to manipulate others. For instance, AI is already being used to read our browsing history. It has proved itself useful to predict patterns, our tastes, and likes and dislikes. Based on algorithms, it suggests which website we may visit next or what product we may want to buy.

“We're all online. All of these systems will be learning what we care about, but we could then be manipulated. That will have as big an impact as the discussions that we're having, for example, in conflict,” Schmidt told the magazine.

When asked in the interview about how he, as Google CEO in 2006, tried to curb the spread of misinformation and extremism online, Schmidt said, during those years, they viewed the solution to “bad information is more information” and aggressively removed misinformation in spite of criticism. He praised Facebook and Twitter for doing the same with COVID-19 but asked the industry to do more to find a way to stop misinformation. He suggested the industry can start by asking the right questions. “Where did this information actually come from? Where did this picture or this text or video or whatever—where did it enter all of our systems, and then who modified it?”

This could help in at least understanding the source of manipulation, he said.

But the former Google boss dismissed the notion that AI is all bad. Citing science, where AI can have a big impact in taking the research forward quickly, he said a massive amount of data and the explosion of knowledge is overwhelming the brilliant brains of scientists. “You can imagine that the AI system, which sees everything and can summarise, can be used to move biology forward, drug discovery forward, and so forth at enormous rates.”

Schmidt has written a book with former US Secretary Of State Henry Kissinger and MIT dean Daniel Huttenlocher on how AI will transform how we experience the world. The Age Of AI is coming out in November.