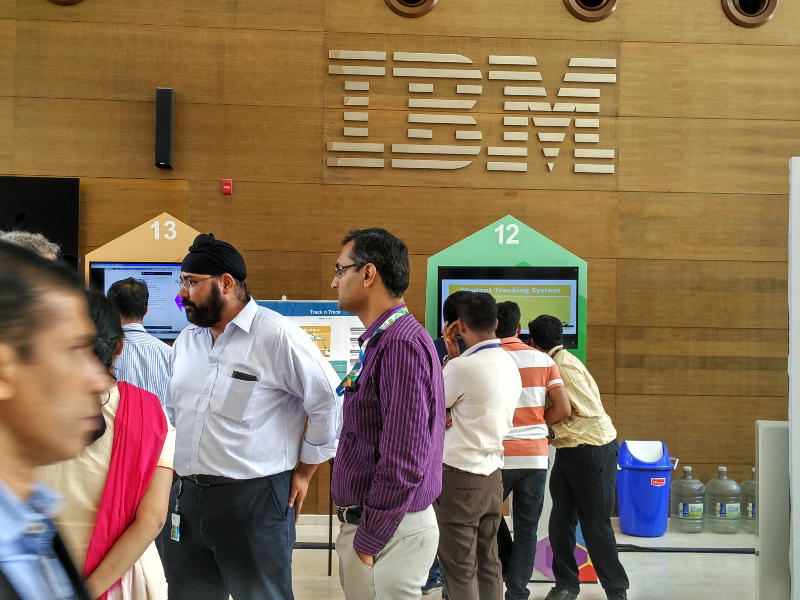 IBM showcased its latest innovations designed to help companies drive growth and productivity using cloud, analytics, mobile and social technologies at ConnectIn 2015, at the IBM Campus in Bengaluru on Monday.

Some of the new innovations to emerge from the IBM Labs included a personalized learning on cloud solution, which combines predictive analytics to provide comprehensive guidance to each student, Apatani, an mHealth solution for community health workers, and IBM Kenexa BrassRing on Cloud, a SaaS-based enterprise hiring platform used by 25 of the Fortune 50 companies.

Kaushik Bhaskar, Vice President, India Software Labs at IBM India said that his firm was embracing open source technologies and ecosystems, and working with partners to deliver IoT solutions like the Digital Locker. He also cited examples of IBM's partnership with Twitter, Facebook, and Apple.

"The educational industry is at a tipping point and there's a lot of opportunity for IBM to innovate in this space. The possibilities are enormous. India being a mobile-first country, there's plenty to be learned from this region that's also applicable to the world, from applying cognitive and mobile technologies and social data, and bringing all that together." he said.

Over the last three years, IBM has invested over $19 billion (roughly Rs. 1,26,000 crores) on R&D globally. Bhaskar said that IBM was aligned with the initiatives launched by the Indian government, citing Digital India, Startup India, and Make in India initiatives. "Skilling and digital literacy is one of the key areas of focus for us, and we see a huge gab in between supply and demand," he said.

IBM showcased a prototype of a Watson-powered cognitive health monitor that helps psychiatrists and healthcare workers predict through disorders or psychotic episodes before they occur, for early intervention. The software used machine learning and natural language processing algorithms to analyse psychiatric conditions. The India software lab developed a prototype that works through mobile and cloud-based platform via a smartphone interface designed for healthcare workers.

The firm also demoed a research project that tries to understand an image and articulate its content in words, generating descriptive sentences that could have wide-ranging applications. A Track-N-Trace solution built on IBM's Bluemix IoT foundation used Bluetooth and Wi-Fi tags to label valuable assets and alert the user if they move. The firm also showcased a mobile testing solution that enables remote access, letting service companies perform a wider array of tests and scenarios.