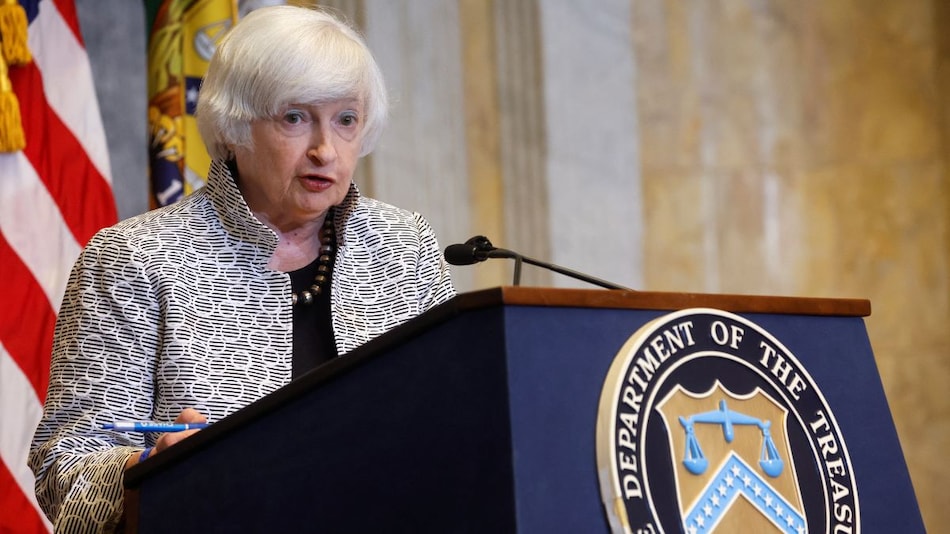 US Treasury Secretary Janet Yellen will travel to India and the Group of 20 Summit in Indonesia next week to bolster US-India economic ties and to try to overcome G20 divisions prompted by Russia's war in Ukraine, the Treasury said on Friday.

Yellen will visit New Delhi on November 11 to participate in a meeting of the US-India Economic and Financial Partnership and deliver remarks on the two democracies' deepening relationship at the Microsoft India Development Center, where she also will meet with technology sector leaders, according to a Treasury statement.

Yellen also will meet with Indian Finance Minister Nirmala Sitharaman to discuss India's assumption of the G20 presidency, as the group of major economies continues to struggle with deep divisions over Russia's invasion of Ukraine as this year's leaders' summit in Indonesia approaches.

Russia, a G20 member, has blocked the group from issuing communiques with language condemning the conflict.

"For India, we clearly also will expect if the war is continuing, that there will likely be negative continuing economic fallout that the G20 will need to address and clearly highlight Russia's culpability for the war and the fallout," a Treasury official told reporters.

Treasury officials said they were continuing to discuss with G7 allies and Australia how to set a price cap on Russian oil exports aimed at limiting Moscow's revenues while keeping Russian crude on the market, but declined to offer a timeline for announcing it.

On Thursday, sources in the coalition told Reuters that the cap will be set at a fixed price that will be reviewed regularly rather than a discount to an index.

While India has become a major buyer of Russian crude, the United States is not trying to pressure India to reduce such purchases, and the price cap was not a major focus of Yellen's trip, a second Treasury official siad.

"So we are not trying to stop countries from purchasing (Russian) oil," the official added. "In fact, we see the biggest beneficiaries of the price cap being large emerging market countries like India, so we wouldn't be pressuring them away from it."

Yellen will travel to the Indonesian island of Bali on November 12 for a joint meeting of G20 finance and health ministers before joining President Joe Biden at the G20 leaders summit on November 15 and 16, the Treasury said. On November 13, Yellen will participate the launch of a G20-led pandemic preparedness fund, to which the United States and European Union have each committed $450 million (roughly Rs. 3,700 crore), and on November 14, she will participate in a seminar on Indonesia's transition to a low-carbon economy.

In these and bilateral meetings, the first Treasury officials said Yellen will seek cooperation from G20 counterparts in improving the resilience of the global economy as it continues to weaken in the face of high energy and food costs and inflation. These efforts will include stronger debt restructuring efforts and more work to build up food security.

Asked whether Yellen would meet with her Chinese counterpart while in Bali, the official said that Treasury had no specific meetings to announce at present.

"We certainly recognise that the US-China relationship is one of the most consequential ones that we have. While there are competitive and adversarial aspects. There are also cooperative aspects, and we look forward to engaging with Chinese authorities going forward," the official said.

Twitter May Have Stopped Working on Crypto Wallet: Report
Featured video of the day
Top 5 Twitter Alternatives You Should Consider