NetMundial: Brazil's Rousseff says Internet should be run 'by all' 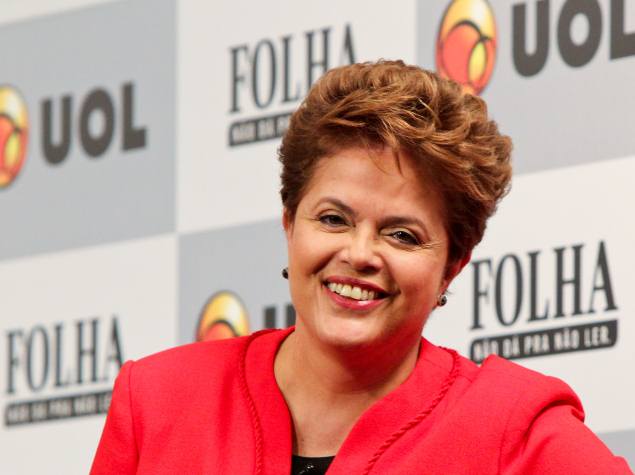 Brazil's President Dilma Rousseff took aim at US dominance of the Internet Wednesday, appealing for a new system that would make running of the online world "open to all."

Rousseff had called a two-day NetMundial meeting in a bid to curb abuses following the furore sparked by allegations of US spying revealed in documents leaked by former intelligence contractor Edward Snowden.

Rousseff's own Internet communications were targeted by NSA surveillance, prompting the Brazilian leader to call on the United Nations last year to oversee a new global legal system to govern the Internet.

"Internet governance should be multipartite, transparent and open to all," she said in a speech opening the meeting, attended by officials from 80 countries.

"The participation of governments should occur with equality so that no country has more weight than others," she said to applause.

Rousseff praised Washington for saying it wanted to replace its institutional links to ICANN, the Internet's governing authority, with a global institution.

The recently revealed US plan would set into motion a process that foresees a "multi-stakeholder" model of Internet governance.

The United States has had a supervisory role over ICANN, or the Internet Corporation for Assigned Names and Numbers, which oversees domain names.

As it looks set to relinquish supervision of ICANN, the next steps are unclear.

Some countries like China and Russia want oversight of the Internet's technical functions to come under a group of governments or an intergovernmental organization.

Kuek Yu-Chuang, ICANN vice president and managing director for the Asia Pacific, said at a meeting last month that "there is widespread agreement" on the multistakeholder model.

But NETMundial chair Virgilio Almeida, a Brazilian government official, said he sees "some points of contention" at the gathering.

US online spy tactics exposed by Snowden are not on the official summit agenda but were expected to be hot topics.

"Confidence has been destroyed," Nenna Nwakanma, of the Web Foundation, which was founded by World Wide Web creator Tim Berners to advocate for Internet freedom.

She insisted on the need to move from a system controlled by a single actor "to an open and participative process."

UN Under-Secretary-General for Economic and Social Affairs Wu Hongbo told the audience it was "essential that Internet governance policies continue to foster freedom of expression and the free flow of information."

He also said those governing the Internet must work to "bridge the digital divide" between those with access and those without.

Axelle Lemaire, the French secretary of state in charge of digital affairs, said, "Our great challenge is to invent an inclusive, fair model, that rejects the oligarchies and concentration of power."

Any resolutions that come out of the summit will not be binding.

It remains unclear whether a consensus can be reached at the summit amid these concerns, and with some countries seeking measures that could allow more filtering and censorship of Internet content.

"Our idea is not to replace what already exists, but to create a new basis for this debate," Rousseff said.

The US on Tuesday confirmed a delegation led by the White House cybersecurity coordinator Michael Daniel would take part in NETmundial.

Established in 1998, ICANN issues domain names on the Internet, like .com or .gov. Despite having its headquarters in California and being watched over by the Department of Commerce, it sees itself as an international organization.

The goal is to transition ICANN to a new model without US oversight sometime next year.

The meeting began a day after Brazil's Congress passed comprehensive legislation on Internet privacy in what some have likened to a web-user's bill of rights.