Sales were up 22 percent in the first hour of the Singles' Day annual event, China e-commerce giant Alibaba said. 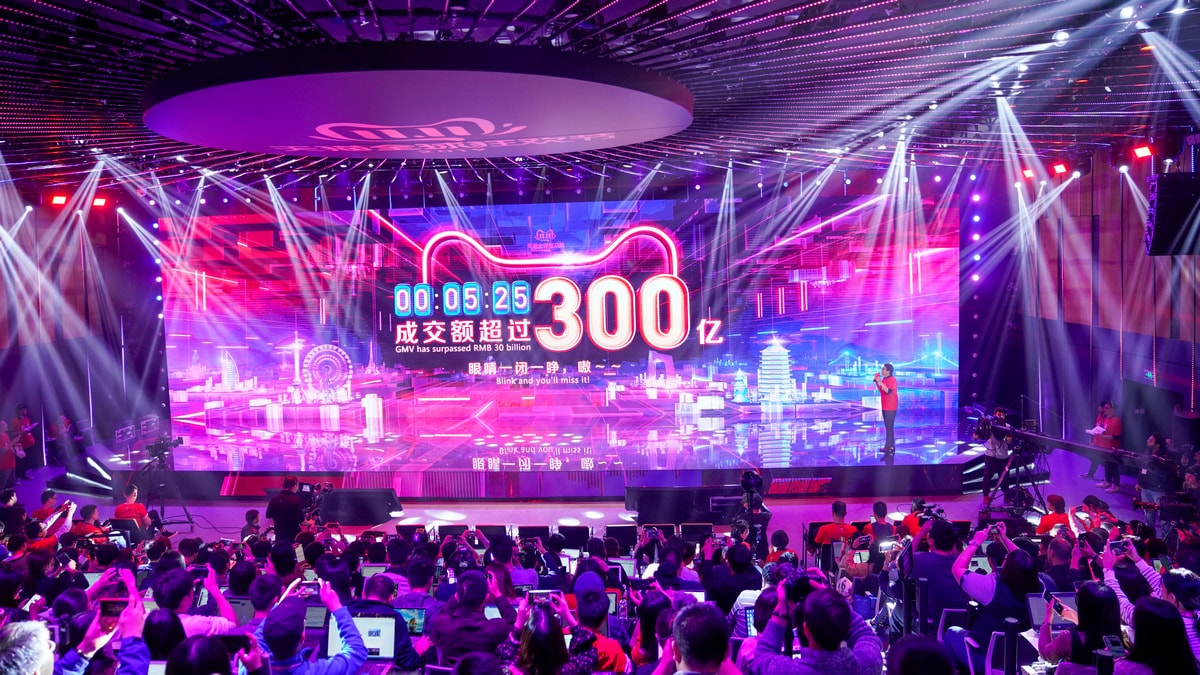 Accumulated waste from China's e-commerce and express delivery sectors stands to more than quadruple by 2025 unless action is taken to rein it in, green groups said on Monday, as an online shopping spree known as Singles' Day broke new sales records.

The volume of packaging material used by the sectors hit 9.4 million tonnes last year, and is on course to reach 41.3 million tonnes by 2025 if they keep up the rate of increase, Greenpeace and other non-government bodies said in a report.

"The e-commerce giants have barely offered even superficial responses," said Tang Damin, a plastics campaigner with Greenpeace in the Chinese capital Beijing. "They're biding their time for regulation to come out."

As e-commerce giants work to extend their reach into rural regions, 1.88 billion packages were delivered from November 11 to November 16 last year, an annual increase of almost 26 percent, the State Post Bureau said.

There is no official figure for the waste generated, but Greenpeace estimates it to have exceeded 250,000 tonnes.

China has moved to turn recycling into a profitable business as space for landfills becomes scarcer and environmental concern grows over plastic waste, but has yet to tackle e-commerce waste, only recycling around 5 percent of plastic packaging, the green groups said in their report.

In October, Alibaba said it was now "greener than ever" and provided incentives for customers to recycle, adding that its delivery subsidiary Cainiao would observe November 20 as a special cardboard recycling day.

Another online retailer, JD.com, also announced it had cut back on adhesive tape and paper used at warehouses, besides adopting more recyclable materials.

"We cannot say China is not recycling," said Antoine Grange, chief executive for recycling at SUEZ Asia, who estimated such rates could be as high as 25 percent overall.

"One point that is more difficult in China is traceability, and the lack of infrastructure to separate waste."