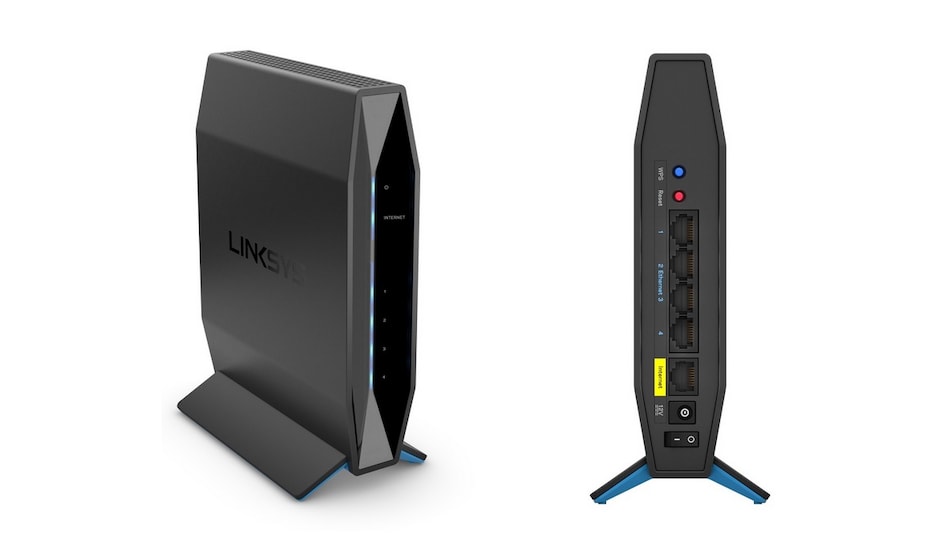 Linksys E5600 WiFi 5 Router has been launched in India after originally debuting in Indonesia last month. It is a relatively budget-friendly model that offers impressive specifications, such as 1,000 square feet area coverage and connectivity for 10+ devices. It is easy to setup and comes with dual-band Wi-Fi support. It is an AC1200 router, which means it can deliver 866Mbps speeds on a 5GHz connection and 300Mbps on a standard 2.4GHz connection.

The Linksys E5600 WiFi 5 Router boasts of up to 1.2Gbps speeds. It has a compact design free of external antennae. It has a claimed coverage of up to 1,000 square feet and is said to be able to handle more than 10 devices at a time. The router also has features like parental controls and separate guest access.

There is a dedicated WPS button to connect devices to your network. It is a dual-band router, meaning that it supports both 2.45Ghz and 5GHz WiFi bands, with the former capable of up to 300Mbps speed and the latter up to 866Mbps. Hence the name AC1200.

The Linksys E5600 WiFi 5 Router also comes with MU-MIMO technology that allows it to communicate with multiple devices simultaneously. Being a Wi-Fi 5 router, it supports 802.11a/b/g Wi-Fi 4 (802.11n), and Wi-Fi 5 (802.11ac). You get one WAN port and four LAN ports for connectivity, and these ports are placed in a vertical orientation. There are four internal antennae present on the Linksys E5600 WiFi 5 Router and the device is powered by a dual-core processor. It also has 128MB NAND Flash and 128MB DDR3 memory.

The router comes with WPA2 personal encryption, SPI Firewall, connection indicator LED, and Ethernet port LEDs. The Linksys E5600 WiFi 5 Router can be set up through a web browser on your phone, tablet, or computer. Lastly, in terms of dimensions, the router measures 220x 235.7x91.1mm.