OneDrive Home will be available in the coming months 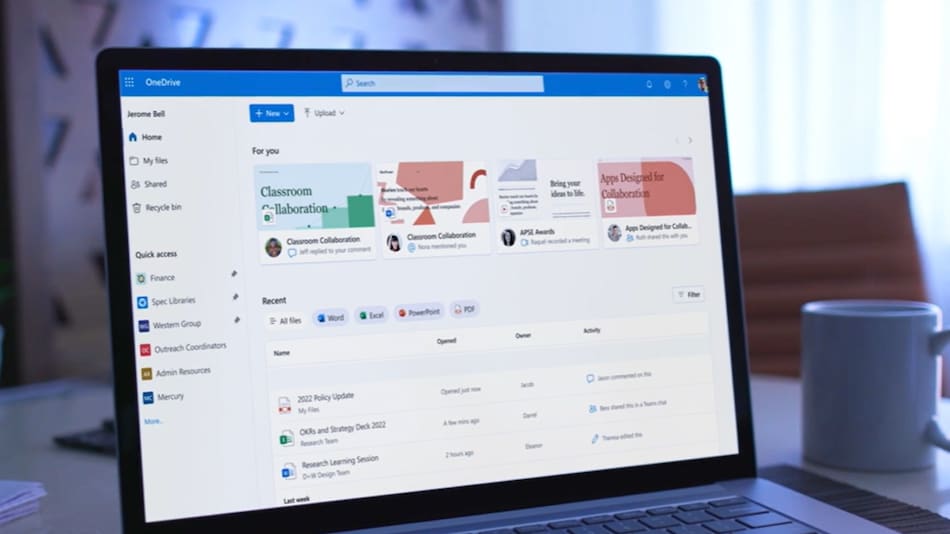 Microsoft is celebrating the 15-year anniversary of its cloud-based storage service OneDrive with the release of new features and a refreshed design. With the latest update, OneDrive will get a new landing page called OneDrive Home and it will feature a Recent view option that will let users filter and locate documents and prioritise their work. It is also adding an Activity column showing the most recent unseen edits, mentions and comments on the shared documents. Microsoft has also introduced a new Quick access section displaying the most accessed spaces. Additionally, OneDrive mobile app users in Australia will get a new photo story feature.

The tech giant via a blog post on Tuesday detailed new features that OneDrive is rolling out to commemorate its 15th anniversary. As mentioned, the new landing experience, OneDrive Home will list the most relevant files of users with any activity updates. The Recent view will appear right on the redesigned OneDrive Home page and users would be able to filter and locate documents based on the file type— Excel, PowerPoint, PDF, and Word.

Microsoft has also introduced an Activity column on My files view for accessing the threaded comments, remarks, @mentions, real-time coauthoring, and highlighting. It will display the most recent, unseen edits, and changes on the shared documents.

Further, there is a new Quick access section, where users can find and pin their most frequently-accessed spaces. This will appear on the left side of the OneDrive Home.

Additionally, OneDrive mobile app users in Australia will get a photo story feature. The functionality will let users share photos and videos privately with family and friends across devices.

There will be a waiting time to get the OneDrive Home as Microsoft says it will start rolling it out in the coming months. It will be available for OneDrive for work and school users. Microsoft confirmed that it will roll out the photo story feature in the United States and other regions later this year.