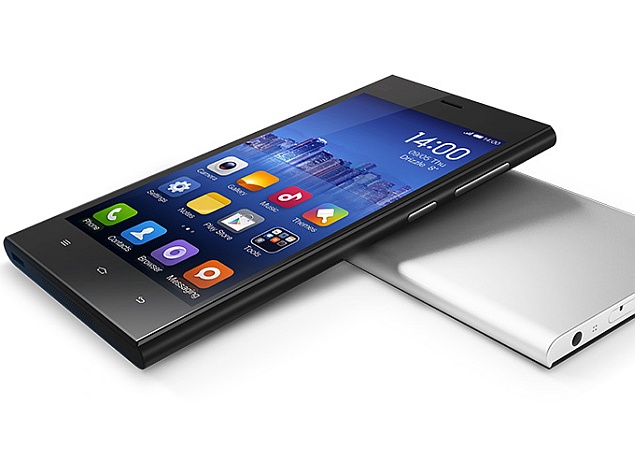 Both Flipkart and Xiaomi are celebrating the flash sales of the Xiaomi Mi 3 in India - the handset has been put on sale on the e-commerce website twice now, and each time, has been completely sold out almost immediately. According to Xiaomi's official release on the subject, this week's entire Mi 3 stock was sold out in five seconds, and the company has now sold a total of 20,000 units of the phone.

However, a lot of potential customers have been very upset, since they had to pre-register to purchase the phone, but faced a lot of difficulties such as orders being cancelled immediately after being booked, or simply finding that the phone went out of stock in the time it took for the buy button to show up on their screens. For example, one of our readers, Senthil Kumar wrote in via comments: "After reviewing your technical specification, i eagerly plan to buy the phone. Then i have registered on last Wednesday and further i have tried twice but website threw that i was registered already. Finally yesterday & today i got reminder mail from flipkart, then i was eagerly waiting for purchase. Once i clicked then i got the message that i am not registered. Really shocked. Within 2 seconds, i tried to buy again with the same account then i got out of stock message. So, it seems that it's totally fraud sales. please don't encourage these type of business which makes people as foolish. So, please stop updating any messages about flipkart and Mi3 phones further. Both of them cheating our entire nation."

Other readers had similar experiences. Chethan wrote: "These #flipkart crashing & #Xiomi Mi3 out of stock in minutes stories are just bogus. it's their brand building tactics... I mean I was watching the countdown and hit BUY the moment it hit 00:00 & it showed 'Out of Stock'... come on...!"; Santosh wrote: "Its showing Out of stock at 2:01 pm, when the sale was to start at 2pm.. Is it a joke?"; Manoj wrote: "The Mi3 sale on Flipkart is a bloody joke. The phone went out of stock at 14:00 Hrs!!!! Are you kidding Flipkart?".

The frustration that so many people who went to buy the phone are feeling is palpable. In light of this negative reaction, Xiaomi's response starts to look a little tone deaf:

Many saw the whole sale as a scam, and were angered because Xiaomi had not declared how many units would be available, while it registered 100,000 people who were interested in buying the phone. This resulted in a huge number of frustrated tweets:

Scam it is RT @RonakSaigal: It's hard to digest that the stocks are over in just 5 seconds @Flipkart #Xiaomi #MI3

Is anybody really getting the #Xiaomi Mi3 in the @Flipkart sale? Or is it a scam to increase the product's awareness?

@Flipkart xiaomi mi3 sale is a scam! As soon as sale starts its "out of stock". No respect for customer. Typical indian company.

I'm giving up on Xiaomi Mi3! @Flipkart is total joke!

.@flipkartsupport Highly disappointed by the way you fooled us today!@xiaomi sale STOCK OUT in 5 seconds was a disgusting joke!

Flipkart is giving bad service, My orders keep getting cancelled after it has been confirmed!! #NoToFlipkart

One frustrated customer even put together a video showing the Flipkart site reveal the "Buy now" button, which was followed by an error message; when he clicks the retry button, he is greeted with an out of stock message next.

Is the reaction from these hopeful buyers justified? In a word - yes. In the first round of sales, Xiaomi had 100,000 people registered to buy the phone and if you weren't able to purchase the phone in the first round, you would be able to try and buy it in the second round - alongside a fresh batch of pre-registered buyers. Given that a total of only 20,000 units were available for these two rounds of sales, the numbers are heavily skewed against the demand. When you already know that there are a certain number of people that are keen to buy your product, announcing that you have sold out stock that was a fraction of the demand is not a feat.

The old saying is that no publicity is bad publicity, but when you go to Xiaomi India's Facebook page, you see a lot of angry customers, promising to keep away from the brand in the future. Flipkart is getting its fair share of the blame as well, with people asking how a brand which is able to raise $1 billion in funding can have so many technical problems on the day they know they are going to get a lot of hits. While seems to have handled the second round better, and both brands can't stop congratulating each other, there's no doubt that in the long term, there will be fallout from this backlash.

There are many alternative methods which could have worked just as well to keep people interested without creating a frustrating experience for customers, with one of them being an invite system used for another smartphone, the OnePlus One. The OnePlus One handset, which, like the Xiaomi Mi 3 comes from a brand that's little known in India, and is hoping that a combination of specifications and price will make all the difference, was not available for general buyers. Instead, to buy the phone, you had to register your interest, much as was the case here, but after that, you still had to wait for an invite before you could buy the phone.

What this does is give the company an idea of the interest - but then manages the number of people trying to buy at any given time in a very reasonable manner. By sending the invites in a phased manner giving people up to 24 hours to buy their units, the company would have been able to manage the rush, sell the same amount of stock, and not leave huge numbers of angry fans in their wake.

Another option, which is typically used by video game companies, though Samsung has also been using this tactic, is to charge to pre-book the phone, instead of a free registration. By charging a token amount, the company would be able to narrow down early interest to serious buyers, and ensure stock accordingly. It could even have a two-tiered process, or pre-booking and then pre-registration of interest; pre-booking would guarantee that you are able to buy the phone.

Of course, all of this boils down to the simple fact that when it is time to actually sell your phone, you need to have stocks on hand. Many people have been tweeting about waiting for months for the OnePlus One, and for some at least, this has also led to frustration, and giving up on the phone.

@MKBHD @oneplus I hope to get one this time. I'm waiting since a few months ago :O

@MKBHD Have been waiting for Oneplus one since more than 3 months !!!!!!!!

So I would've got an invite for a OnePlus One and I declined it. Just shows how much I've lost interest for that company and their ways.

@MichaelxHell I saw "invites" but just didn't feel incented to bother. Looks decent value though, but perhaps a 4G PITA in uk

For smaller companies trying to take on the established market leaders, building up huge volumes of their handsets on day one is not an option, but in the long term, as these brands get better known and the hype around their products rises, it is going to be imperative to build up larger stocks, or suffer from the inevitable backlash.

A Ten-Year-Old Patent Could Be the Key to Reducing Road Accidents
Is Xiaomi Secretly Sending User Data to Chinese Servers? (Updated: Xiaomi Responds)