How to Use ‘Pro’ Camera Mode on Your Android Smartphone 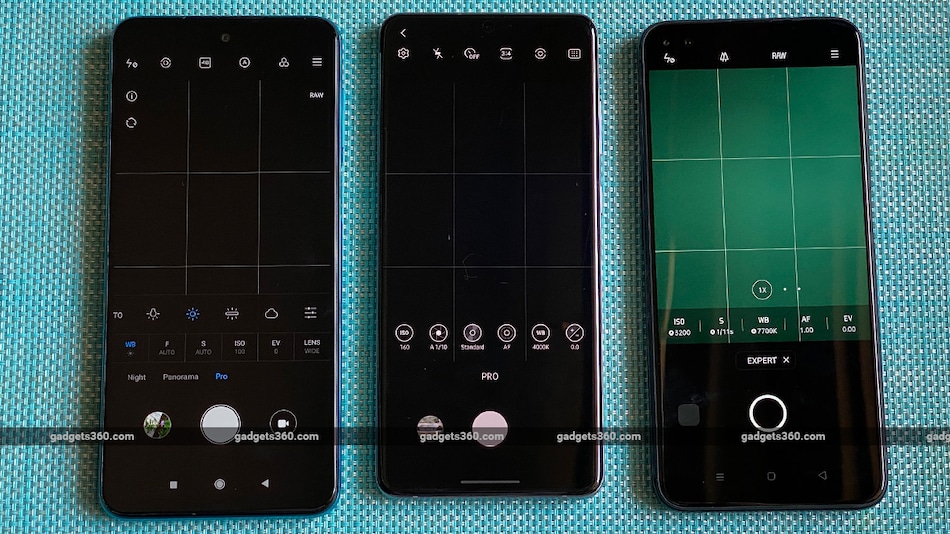 Having manual controls for exposure lets you get more interesting photos

We can all agree that smartphone photography has reached a point where it can rival and many times, even exceed, the quality of photos taken by simple point-and-shoot digital cameras. Today's implementation of HDR, hybrid zoom and Night mode allow smartphones to capture great looking photos in pretty much any lighting condition. However, we still hang on to our DSLRs too, because besides offering great picture quality, these cameras allow you to manually control the exposure of a shot, giving you more creative freedom. The thing is, Android smartphones have had this ‘manual' control for a while now too, it's just that most of us don't usually pay attention to that shooting mode.

If you open the camera app on your Android smartphone and scroll through the shooting modes, you're bound to see one which says either ‘Manual,' ‘Pro,' ‘Expert,' or something similar. It's this mode which lets you manually adjust things like the shutter speed, ISO, white balance, etc and some phones even let you capture an unprocessed or RAW image, just like DSLRs. We'll be going through all these terms in a bit and how adjusting each one affects your final output.

Why does this matter? Well, the images you normally take in your phone are heavily processed, to give you the “best” results possible — which doesn't always work out so well.

The whole idea of shooting with ‘Pro' mode is that there's minimal interference from the camera's AI system trying to ‘fix' the image, so in principle, what you see in the viewfinder is ideally what you get in the final output. However, this also means certain features such as HDR won't be available and in some phones, Pro mode only works with the primary camera and not the secondary ones. Still, if you're curious about what's the big deal about this mode and why nearly every Android phone camera app includes it, read on to know more.

Pro mode in Android: Understanding how to use it

When you first switch to Pro mode, you'll see many buttons with values next to them that constantly change as you move the phone around. It's easy to get intimidated by this but there's no need to. If you've used any DSLR, then you might have noticed a dial which has ‘PASM' written on it. ‘P' stands for Program Auto mode, which is what your phone is in when you first select Pro mode. In this mode, the value for ISO, shutter speed and white balance will be automatically adjusted based on what's in the frame.

You can start shooting images directly with the default settings in Pro mode. One big advantage of this is that there's minimal to no interference from the camera's AI or scene recognition algorithms, which can make some photos look worse at times with oversaturated colours or heavily smoothened skin tones.

Pro mode in Android: Use a high shutter speed for action shots

Shutter speed lets you control the amount of time the (electronic) shutter is kept open. A longer time results in more light entering the sensor but this can also introduce motion blur, if you shake your hand. A shorter or faster shutter speed traps less light on the sensor but is able to freeze any action in time.

A fast shutter can help you freeze any action in time

A shutter speed of around 1/125 is usually the sweet spot to get you a bright enough image and without any motion blur. If you're shooting sports or wildlife, you'll want a higher shutter speed such as 1/250 or 1/500 to freeze the action. When using these speeds though, ensure you have ample light around for a well exposed photo.

If you've seen photos of landscapes in which flowing water has a dreamy or milky appearance, this is achieved by using a slower shutter speed. Shooting at a speed of 1/20 or below can help you get that blurry effect on moving objects. The lower the speed, the blurrier the effect will be. At this point, it also becomes impossible to shoot handheld, so you'll want to stick your phone on a tripod.

Pro mode in most phones offers a wide range of shutter speeds, right from 30 seconds, all the way up to 1/8,000 of a second. Remember, when you manually set the shutter, other values such as ISO will be automatically adjusted to compensate for the overall exposure.

Pro mode in Android: Use a lower ISO for less noise in low light

The ISO level determines the sensor's sensitivity to light. A lower value is best used when there's ample light around but when shooting in low light, a higher value increases the sensitivity so even a small light source is enough to give you a decently lit image. However, a high ISO value also introduces noise or grain in the image. In most circumstances, it's best to leave the ISO at Auto, however if you want to get a better low light shot, you could try using a longer shutter time and a lower ISO for a brighter image, while keeping noise to a minimum. Remember that the phone will have to be stabilised, either on a tripod or resting against something to avoid motion blur.

Light painting is a fun little hack that you can try using Pro mode. It's essentially a long exposure shot, which is taken in darkness with the only moving object being a light source, thus creating fun patterns in the final image. For this trick, you'll need to have your phone on a tripod or resting against something since we're talking about using shutter speeds anywhere from 10 seconds to 30 seconds, depending on what you wish to create.

You can create some fun artwork, if you're persistent enough

You'll also want to set the ISO to the lowest possible value, which is usually 100. Unlike DSLRs, smartphones don't let you change the actual aperture of the camera so this is one setting that's usually absent in Pro mode of most stock camera apps.

Once your phone is set up, you can use any light source, say, a small torch or even the flashlight from another phone, and create drawings or scribble words in the air, which should end up looking like neon writings in the final image.

There'll be a lot of trial and error before you get the photo looking just how you want it so feel free to try out different combinations of shutter speed and ISO till you find the right one. In case the camera begins hunting for focus in the dark, you can manually set the focus in Pro mode. Some phone's camera app, such as the one in the Redmi Note 9 Pro (Review), also lets you enable a zebra pattern to help you see which parts of your object are in focus, which is useful.

If you're someone who loves editing photos after it's been shot, then shooting in RAW will give you the best flexibility instead of saving just a JPEG. Just like DSLRs, most camera-centric smartphones today have the ability to shoot in RAW format, along with JPEGs. RAW images have much larger file sizes as they pack in all the data that the sensor picks up and it's up to you to keep or discard what you want.

By shooting in RAW, you bypass the camera's post-processing all together and you'll be able to tweak just the things you want such as lift the shadows or reduce highlights, without affecting other aspects of the image. Such non-destructive edits are often not possible with JPEGs.

Adobe Lightroom (middle) lets you tinker with a lot of settings, so you can go from the original RAW photo (left) to a better exposed final result (right)

Adobe's Lightroom on Android is a free app and a great place to start editing RAW files. Once you're done, you'll want to export your final image as a JPEG, so it's easier to share and view on other devices.

The white balance is an important metric in photography as it determines the colour tone of your image. You'll notice when shooting in the standard Auto mode, some phones, like most Samsung phones, tend to capture warmer hues, while others tend to veer towards the cooler tone, like most Google Pixel phones.

In pretty much any manual mode in a smartphone, you'll have the option to manually change the white balance from presets like sunny, cloudy, incandescent, etc, to actually picking a colour temperature, measured in Kelvins.

Typically, 5,500K to 5,700K is considered to offer a neutral colour tone. However, based on your tastes and the effect you want to achieve for your shot, you could intentionally go down the scale for a warmer tone, or up the scale for a cooler tone.

While we've covered all the basic things to know about using Pro mode, there are a few more things which you'll find common in most Android camera apps. EV or exposure compensation is a quick way to lighten or darken your image, over and above the settings you've already chosen from the shutter and ISO dials. It lets you make precise tweaks in the form of small changes such as +0.7 or -0.3.

Light metering is another parameter which can influence how your final image looks. ‘Frame average' is usually the one to pick as it divides the entire frame into equal zones and adjusts the overall exposure based on its average. This way, you can get decent details on objects in very bright areas and as well as a good amount of detail in the shadows.

‘Centre weighted' metering will adjust the exposure based on what's in the centre of the frame, even if you've focused elsewhere. Meanwhile, ‘Spot metering' will typically adjust exposure based on where your focus box is placed, irrespective of the light source around it. This last method is a good way to isolate your subject from the rest of the scene, to ensure that it has the optimum exposure.

Getting good results from any phone's ‘Pro' mode takes a bit of practise but it's not too complicated once you're familiar with the basics. So go on, give it a try. You'll be surprised at how much unrealised potential is just waiting to be discovered from your stock camera app.