Smartphone Camera Zoom Explained: What Is It, Beyond the Marketing Hype? 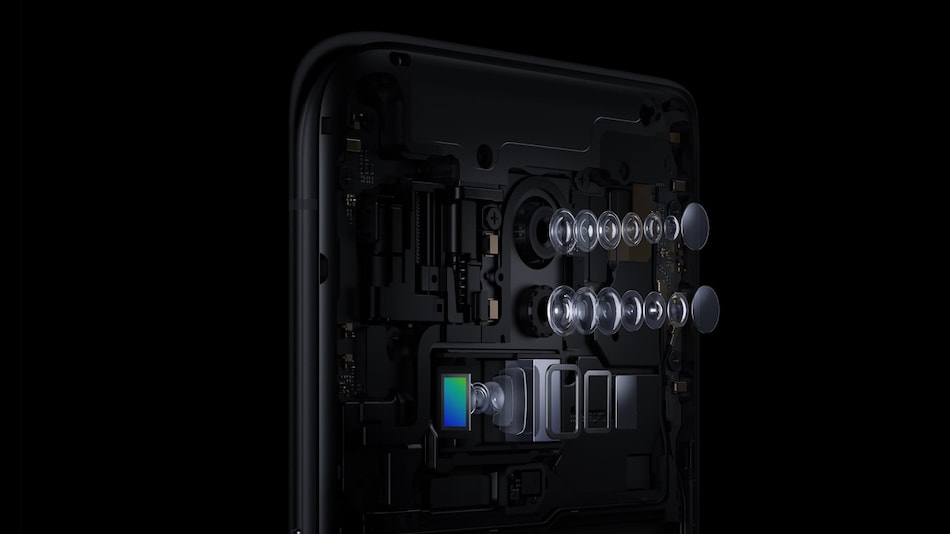 Today’s smartphones actually let you do a 100x zoom, which is crazy (image for representation only)

Optical zoom in phone cameras isn't a new concept, but of late manufacturers are really beginning to push the boundaries with just how much zoom can be achieved from the camera. The Huawei P20 Pro (Review) really set the ball rolling for AI-assisted zoom and today, phones like the Samsung Galaxy S20 Ultra are at the pinnacle of what's possible, delivering a whopping 100x zoom. You probably heard a lot about company's throwing around marketing terms such as ‘Space Zoom,' ‘Hybrid zoom,' and ‘Lossless zoom' — but what do all of these terms actually mean and what should you actually look for when making your next smartphone buying decision?

We are taking a look at the various types of zoom implementations in today's smartphones, to find out which ones to watch out for, and if a high resolution image from, say a 64-megapixel sensor, can give you the same or similar results compared to a telephoto camera with a high degree of zoom.

First, let's start with the basics.

The reason you'd want to use any type of zoom on your phone is to get a closer perspective of your subject. The most ideal solution would be to simply physically move closer but there are many instances where you can't do that, for instance, if you're at a concert or shooting from a moving vehicle.

I think it's safe to say that pretty much every single smartphone today can manage some degree of digital zoom. It's the most basic implementation, where you're essentially cropping into the image so it looks as though you're moving closer to your subject. This does the job but it's not the most effective solution, since digital magnification often leads to loss in detail. Pick any image from your photo gallery and try zooming into a specific area. You'll notice that the finer details and textures suddenly don't look as good as they did before zooming in, which is essentially what's happen when you use digital zoom in the camera app.

The next type of zoom, seen in most high-end smartphones and a few budget ones too, is optical zoom. In digital cameras you've probably noticed the lens barrel twist and turn and move in and out as you increase or decrease the magnification. This is because the lens consists of multiple glass elements, which move back and forth in order to give you a higher or lower magnification of your subject. This is the truest form of optical zoom you can get.

However, in smartphones, adding all these moving parts isn't always possible, especially when you're trying to keep the thickness under 9mm. We've had some outliers such as the Samsung Galaxy K Zoom and Galaxy S4 Zoom, which essentially were digital cameras running Android and even the Asus ZenFone Zoom, but the problem with them is they were too bulky and too niche of a product for most, and so manufacturers eventually dropped the idea altogether.

But optical zoom is still very much used today; it's just that instead of having a complicated moving lens system, we have a second sensor with a longer focal length for that ‘zoomed-in' perspective. When you tap the 2x or 3x button in your camera app, the phone simply switches to the zoom or telephoto sensor, provided your smartphone supports it. This type of zoom typically offers the best image quality. There are limits to the amount of zoom that's possible optically from phones, as if you want to go beyond 2x and 3x, then this is where hybrid zoom comes in.

This type of zoom, which is rapidly being adopted by many smartphone manufacturers, enhances images captured by the telephoto camera using AI or computational photography methods to fill in the missing details of textures and colours. Some even combine image data from other sensors, to enhance details. This method is currently the best way of getting a high degree of zoom, while still maintaining very good image quality.

However, hybrid zoom still has its limitations and in our experience, the sweet spot is usually around 10x zoom but anything beyond that is once again just being digitally enhanced and quality begins to drop quickly as you approach higher magnification levels.

The hybrid zoom implementation has allowed smartphone companies to go crazy with their marketing, which can be misleading to uninformed consumers. Take the most recent example of Samsung's S20 Ultra, which boasts of ‘Space Zoom' with a 100x magnification. Sure, the phone can do that but in order to get good, usable shots, you need be extra steady when shooting and even then, the overall image isn't going to look as sharp or crisp compared to photos shot with the primary camera.

But it's not just Samsung, Huawei and Oppo have also been touting high levels of zoom on phones such as the Huawei P30 Pro (Review) and the Oppo Reno 10x Zoom Edition (Review). In fact, we've done a camera comparison of the said two phones and if you look at the sample taken at the highest zoom level, it's unsurprisingly, not very clear.

We are all for high levels of zoom in smartphones but if you're buying a phone because it has 50x or 80x zoom, then it's important to know that photos taken at that magnification won't look anywhere near as good as your regular photos. It's also important to be wary of marketing hype, considering how some manufacturers have been reportedly caught passing off photos shot with DSLRs, as photos captured by the actual phone.

Phone Camera Zoom Explained: Is optical zoom in phones the same as it is in digital cameras?

In digital cameras, DLSRs or mirrorless cameras, the level of optical zoom is fairly easy to calculate. You simply divide the highest distance the lens can travel, with the smallest and that gives you the ‘x' amount of optical zoom. Take for instance this Sony RX100 M7 digital camera. It has a focal range of 9-72mm, which gives it an optical zoom level of 8x, which is what Sony advertises.

However, with smartphones, it's a bit more complicated. The ‘2x' button in your camera app doesn't necessarily translate to twice the focal length. In fact, it's often a lot lower, which means even though you may get twice the magnification, it might not be a purely optical magnification after all. Now most people wouldn't care about this, as long as the picture looks good but it would be nice if manufacturers were a bit more honest about their use of the term ‘optical' zoom.

For example, Samsung is pretty upfront about its zoom on the Galaxy S20+ (Review), as it calls it “hybrid optical zoom at 3x” but at the same time, there's no mention of what the true optical zoom level is either. If we were to compare focal lengths of two images from its camera, one taken at 1x and the other at 3x, we learn that the telephoto camera only has a true 1.09x magnification, which means most of the work is being done by software algorithms to retain quality at that level. This is something which was first brought to light by reputed tech website, NotebookCheck.

If we look at the iPhone 11 Pro, Apple clearly mentions “2x optical zoom in” on its specs page but once again, if we apply the same logic here, we find that the 11 Pro's telephoto camera actually has a 1.4x optical magnification. Same for the Oppo Reno 2 (Review), which is at 1.3x, although in all fairness to Oppo, it simply doesn't talk about optical zoom anywhere on its product page.

The point we're making is that optical zoom in smartphones doesn't always follow the same rules as digital cameras.

Now you might be thinking, having optical or hybrid optical is all fine but these are features typically found in phones that cost a fair bit of money. If your only purpose is zooming into an object, won't cropping into a 64-megapixel photo at the native resolution give you similar results?

We actually tested this theory out during our Galaxy S20+ review, and the results were interesting. We were able to get much more magnification in a 100 percent crop of a 64-megapixel image, compared to the phone's maximum 30x zoom. However, the quality of the photo using the 30x zoom was a lot better, relatively speaking. This is probably because the post-processing done by the phone on a high-zoom image is a lot more effective compared to shooting at the native resolution of a big, 64-megapixel sensor.

What about 64-megapixel sensors on budget phones? Well, I'm glad you asked. We took a full 64-megapixel image from a Realme X2 (Review), which has the Samsung GW1 sensor and compared it with the various zoom levels from the Galaxy S20+. The focus of this shot was on the maroon SUV. If we were to crop out the car from the 64-megapixel image of the Realme X2, the image quality is decent but not great. Edges of the vehicle and finer details look visibly jagged and blurry.

Now, compare this to a 10x zoom shot from the Galaxy S20+ and it's hard to tell that any zoom was used here at all. Details and edges of objects are sharp and well preserved. We can go even closer with the 20x and 30x options, although details take a bit of a hit but the quality is still better than if you were to digitally zoom into the 64-megapixel shot.

If this was a few years ago, then I would have probably said there's no need to pay much attention to zoom lenses in smartphones as the magnification wasn't really impactful enough to make it a must-have feature. But today, after testing phones like the Huawei P30 Pro, Oppo Reno 2 and most recently, the Samsung Galaxy S20+, I have a new found love for the zoom systems in smartphones. The Galaxy S20+ has by far, one of the best zoom implementations we've seen yet, so much so, that it's hard to tell the difference at times between a regular shot and one that was taken at 10x magnification.

It also brings such smartphones, a step closer to actual digital cameras. High quality zoom was one of the reasons people still banked on their digital cameras, but that's all about to change. With such good zoom capabilities on phones (which I imagine, is only going to get better), you can actually think of maybe going birding or even a safari with just your smartphone. Some of the newer phones even let you use Night mode when zoomed in, which shoots multiple frames and stitches them together to get rid of noise and improve details, making them more versatile than some regular cameras.