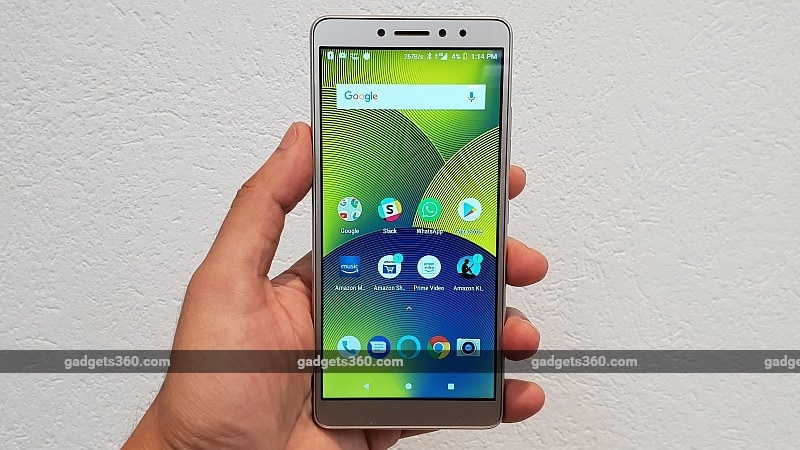 10.or D2 has been launched as the Amazon smartphone brand's latest product in India. 10.or (pronounced Tenor) had debuted in the country last year in September and already has three handsets - 10.or G, 10.or E, and 10.or D - in the market. The 10.or D2 has arrived in India on the same day Xiaomi's Poco F1 and Samsung Galaxy Note 9 are making their way to the market. The key highlights of the budget smartphone are its 5.45-inch 18:9 display, up to 3GB of RAM, Snapdragon 425 SoC, and 13-megapixel rear camera. Meanwhile, the price in India of the 10.or D2 has been slightly increased from its previous variant.

10.or D2 price in India starts at Rs. 6,999 for the base model featuring 2GB of RAM/ 16GB inbuilt storage and goes up to Rs. 7,999 for the 3GB RAM/ 32GB inbuilt storage variant. The smartphone will be available in two colour models - Beyond Black and Glow Gold - from August 28. Notably, Amazon Prime members will get an early access to the handset on August 27, 2018. Launch offers include 10 percent discount on Punjab National Bank credit and debit cards, 10 percent discount on IndusInd Bank credit and debit cards, up to Rs. 1,000 additional discount on exchange, Rs. 2,200 cashback from Reliance Jio, 95 percent off on Kindle ebooks up to Rs. 200, and no-cost EMIs. There is also 1-year additional warranty for Amazon Prime customers.

In terms of camera, the 10.or D2 comes with a 13-megapixel Sony IMX258 sensor with PDAF, f/2.0 aperture, and single tone LED flash. It comes with features such as HDR, low light enhancement, Beautify, and Panaroma feature. At the front, there is a 5-megapixel selfie camera with f/2.0 aperture and single tone flash. It boasts of features such as Selfie Countdown, Beautify, and Face Detection.

The 10.or D2 comes with two storage options - 16GB and 32GB, both of which are expandable via microSD card (up to 128GB). Connectivity options in the smartphone include 4G VoLTE, VoWi-Fi, ViLTE, Wi-Fi 802.11 b/g/n, GPS/AGPS, GLONASS, and Bluetooth 4.2. The sensors onboard the handset are accelerometer, ambient light sensor, digital compass, gyroscope, and proximity sensor.