Companies such as Samsung, Sony, and Xiaomi have already unveiled their flagship phones powered by the Qualcomm Snapdragon 865 SoC. 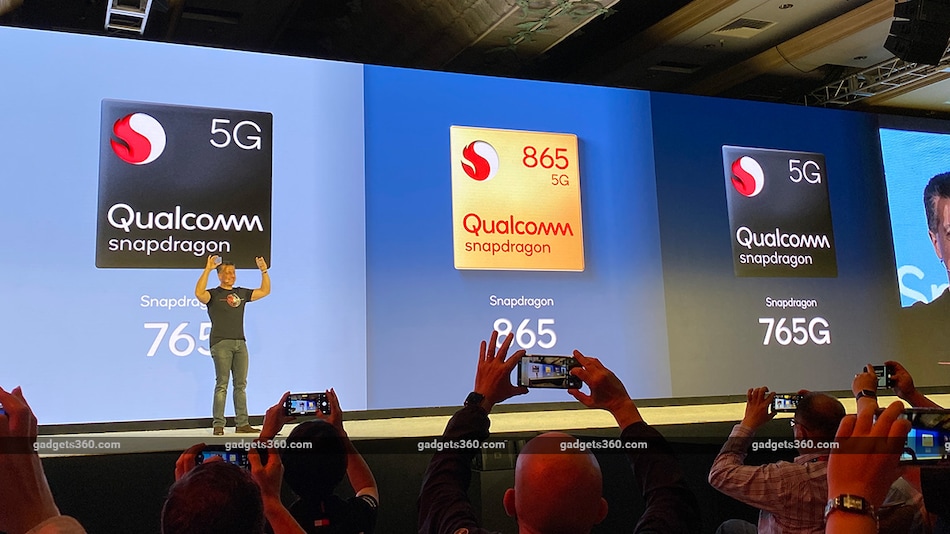 Asus ZenFone 7 and ROG Phone 3 are set to debut with the Snapdragon 865 SoC, Qualcomm revealed through a press note published on Tuesday. The chipmaker also highlighted that Sharp, Vivo, and Lenovo are amongst the key smartphone manufacturers that have selected the latest Snapdragon SoC for their 5G device launches this year. Companies such as Samsung, Sony, and Xiaomi have already unveiled their flagship phones powered by the Qualcomm Snapdragon 865 SoC that comes along with the Snapdragon X55 5G modem and supports Wi-Fi 6 connectivity.

The list of smartphones released by Qualcomm that are planned to arrive with the Snapdragon 865 SoC includes 18 smartphone models. There are smartphones including the Black Shark 3, Legion Gaming Phone, Nubia Red Magic 5G, Oppo Find X2, Redmi K30 Pro, and Vivo Apex 2020 Concept Phone that are set to arrive with the Snapdragon 865 SoC in the coming future. Also, the list includes models such as the Realme X50 Pro, Samsung Galaxy S20, Galaxy S20+, Galaxy S20 Ultra, Sony Xperia 1 II, Xiaomi Mi 10, and the Mi 10 Pro that were recently launched with the latest Snapdragon chip.

In addition to the smartphone models that are already confirmed but are yet to be launched and the ones that are launched recently, Qualcomm's list of smartphones featuring the Snapdragon 865 SoC has the Asus ZenFone 7 and the ROG Phone 3. The ZenFone 7 is believed to come as the successor to the Asus 6Z that was launched last year with a motorised rotating camera.

The Asus ROG Phone 3, on the other hand, is likely to be the upgrade of the ROG Phone 2 gaming phone that debuted last year with 120Hz HDR10 AMOLED display and Snapdragon 855+ SoC.