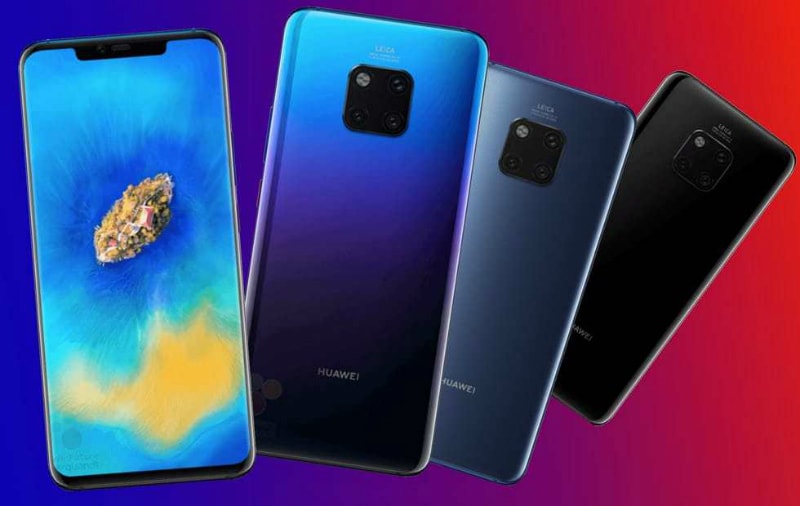 Huawei Mate 20, Mate 20 Pro, and Mate 20X are set to launch in London today. All three new smartphones are expected to have the HiSilicon Kirin 980 SoC and come with triple rear camera setup as well as a waterdrop display notch at the front. The Mate 20 and Mate 20 Pro are expected to be the successor to last year's Mate 10 series, while the Mate 20X is speculated be the new gaming phone by the Chinese giant. The Huawei Mate 20 Pro, among other upcoming models, is rumoured to come with an in-display fingerprint sensor. In August, Huawei launched the Mate 20 Lite as the entry-level model in the new Mate 20 range.

Huawei is hosting the Mate 20 series event in London that will be kicked off at 2pm BST (6.30pm IST). The event will be live streamed on the given time.

Huawei Mate 20 Price, Specifications, and More: Everything We Know Ahead of the Launch

The Huawei Mate 20 is rumoured to feature a 6.43-inch full-HD+ (1080x2244 pixels) panel, resulting in an aspect ratio of 18.7:9. Under the hood, there will be a Kirin 980 SoC that is speculated to be accompanied by 4GB of RAM. The smartphone is also rumoured to have 128GB of onboard storage. There is also expected to be a 4,000mAh battery and a rear-facing fingerprint sensor. Further, the smartphone is expected to Huawei's proprietary facial recognition technology and a 3.5mm headphone jack.

Unlike the Huawei Mate 20, the Huawei Mate 20 Pro is rumoured to run EMUI 9.0 along with Android 9.0 Pie and have a 6.39-inch QHD+ (1440x3120 pixels) OLED display. The smartphone will also likely to have the Kirin 980 SoC along with 8GB RAM and 128GB inbuilt storage. Further, it could have a 4,200mAh battery along with support for SuperCharge 2.0. The handset will come with a proprietary "Nano Memory Card" that could come in the size of a Nano-SIM and enables storage expansion up to 256GB. Moreover, Huawei is rumoured to offer an in-display fingerprint sensor.

The Huawei Mate 20 Pro is rumoured to have high-speed LTE access, NFC, Bluetooth v5.0, and Gigabit WLAN along with dual-band support.

Specifications and price details of the Mate 20X aren't leaked so far.