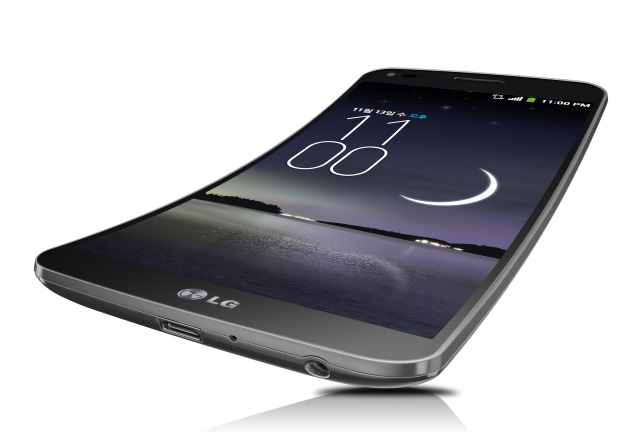 The much-awaited LG G Flex, the company's first curved and flexible display smartphone, has now been listed on the company's India website, along with pricing details. LG has given the G Flex a maximum retail price of Rs. 69,999, and we can expect the market operating price to be slightly lower at launch.

For now, LG G Flex doesn't yet have a precise India availability date, though NDTV Gadgets has learnt the smartphone should arrive in mid-February. Back in December 2013, along with the launch of the LG 55EA9800 55-inch curved OLED television in India, the Korean consumer electronics giant had announced the G Flex for the country, and given a tentative February 2014 launch date.

As for the 6-inch curved, slightly flexible display, LG has used a curved OLED panel, which is also built on plastic substrates instead of glass, supposedly giving the phone better durability. The display features Real RGB technology to provide all three sub-pixels in one pixel, thereby making it "brighter and more precise."

LG has also included a new 'self-healing' coating on the back cover, an elastic coating that supposedly has the ability to "recover from the daily wear-and-tear scratches and nicks that un-cased smartphones are likely to receive." The LG G Flex's self-healing capabilities have also been creating a buzz worldwide.

Apart from the 'Rear Keys' introduced with the G2, the LG G Flex also incorporates the some new user interface features, such as QTheater for quick access to photos, videos and YouTube from the lock screen; Dual Window for multitasking with two windows; Swing Lockscreen for a dynamic lockscreen image based on the way the phone's held; as well as three Rear Key LED indicators - Face Detection, Camera Timer and Urgent Call Alert.

Do also check out our first impressions of the LG G Flex.