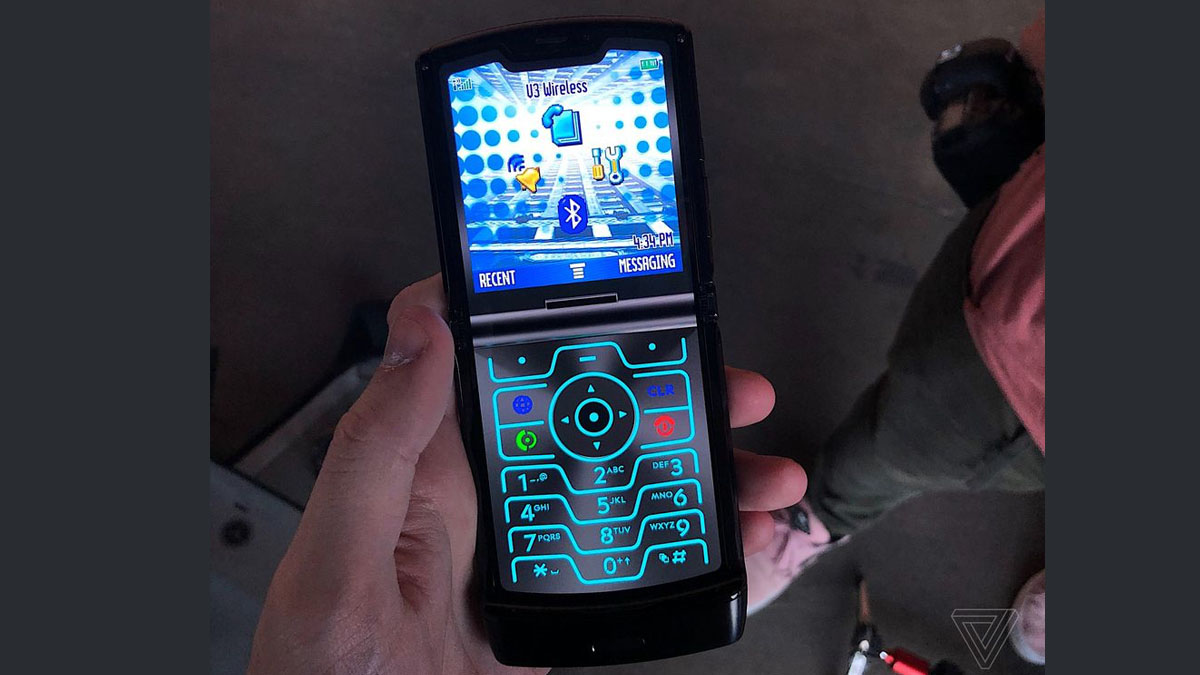 Motorola finally unveiled the resurrected Motorola Razr smartphone and from the images and videos, it's exactly as we'd imagined it to be. It brings the popular Razr design and form factor with the convenience of Android and a foldable display. However, Motorola has also added a nice little Easter egg for fans of the original phone called Retro Razr, which applies a retro skin to Android to mimic the display and physical keypad layout of the original phone, from around 2004. It's a neat little touch which pays homage to the once iconic feature phone of back on the day.

This was reported by The Verge, during its hands-on session with the Motorola Razr (2019) at the launch event. This retro mode is hidden in Android's Quick Settings menu in the notification shade and in order to access it, you'll need to ‘edit' what items show up, according to the report. Once it's enabled in the quick settings grid, you simply tap on the Retro Razr button, which launches a custom launcher that's designed to look like the original Motorola Razr from 2004. The launcher is said to be highly detailed, with the same metal finish given to the keypad and the identical blue backlighting for the keys.

The upper half of the phone is designed to look like the original display, complete with low-resolution icons and text. Even the font of the text has been duplicated to give you the sense of the original phone. The best part is that in this mode, you'll need to use the virtual keypad to navigate to your phonebook, alert mode etc, just like the original. You can't simply tap on the icons or text to access any menus. The Verge says that Motorola has even recreated the same tone of the keypad, when you try and dial a number.

The Motorola Razr will only go on sale in January next year in the US, at $1,499.99 (roughly Rs. 1,07,400). There is no word on the India price at the moment. You can read about more details of the phone in our launch story right here.

Google Camera App Introduces Top Shot Support for Short Videos on Pixel 4, 3a, and 3
Apple Music Takes on Spotify With New 'Replay' Feature That Lets You See Most-Played Songs From Each Year