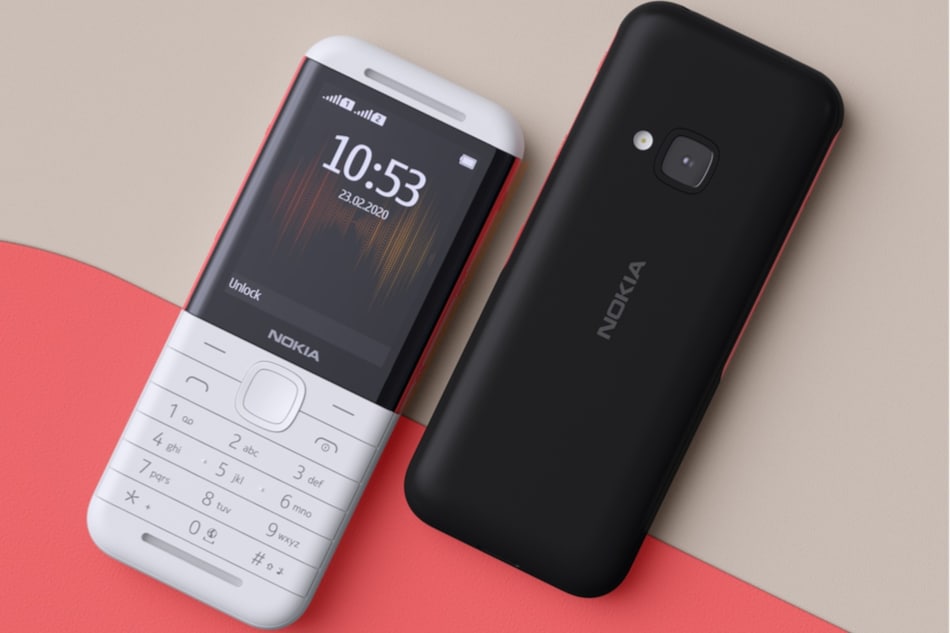 Nokia 5310 has been launched in India as the latest feature phone by the Nokia brand licensee HMD Global. The new feature phone is a refreshed version of the Nokia 5310 XpressMusic that was launched back in August 2007. It comes with dual-SIM support and offers as much as 22 days of battery life on a single charge. The Nokia 5310 also comes preloaded with an MP3 player and wireless FM radio. Further, the new Nokia phone features dedicated music keys as well as dual speakers. There is also a camera sensor at the back of the phone, along with an LED flash.

The dual-SIM (Mini) Nokia 5310 runs Series 30+ operating system and features a 2.4-inch QVGA (240x320 pixels) display. Under the hood, the phone has a MediaTek MT6260A SoC, paired with 8MB of RAM. The phone comes with 16MB of onboard storage that is expandable via microSD card (up to 32GB). For photos and videos, the Nokia 5310 has a VGA camera at the back that is paired with an LED flash.

HMD Global has provided connectivity options including Bluetooth v3.0, Micro-USB port, and a 3.5mm headphone jack. As mentioned earlier, the Nokia 5310 also has wireless FM radio support. There is also a removable battery that is rated to deliver over 20 hours of talk time or up to 22 days of standby time on a single charge. Besides, the Nokia 5310 measures 123.7x52.4x13.1mm and weighs 88.2 grams.

Citing data from International Data Corporation (IDC) during a virtual briefing on Monday, HMD Global said that there are already over 130 million users buying 2G handsets in India. The company, citing data from Facebook insights, also mentioned that the country also has over 97 million users who have “affinity to listen” to music on their phones.

Apple-Backed Study Sheds Light on Physical Sales Through App Store
US Companies Can Work With Huawei on 5G, Other Standards: Commerce Department