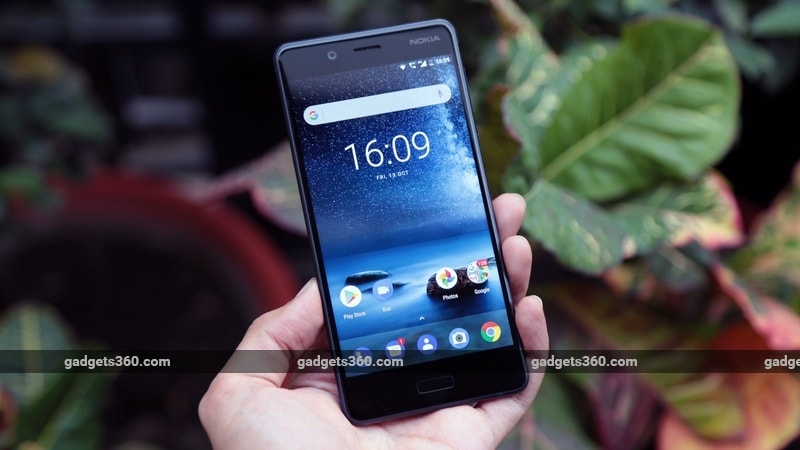 Nokia 8 sports a dual camera setup at the back

The Google Camera app that arrived alongside the new Pixel devices has been lauded for its loaded software features. The app brings EIS, Night Sight, and many other features that really bring high quality photo results. The app has been ported for many smartphones like the OnePlus 6T, OnePlus 6, Xiaomi Mi 8, and Poco F1. Now, the Nokia 8 smartphone also gets the ported version of the Google Camera app, and the download link can be found below.

NokiaPowerUser has a list of smartphones that can download the Google Camera APK, and it has recently added Nokia 8 to the list as well. The ported version of Google Camera app can be downloaded by Nokia 8 users running on Android Pie and on Android Oreo as well. The app is 110MB in size, and can be downloaded directly onto the smartphone. The other Nokia phones that can download the Google Camera APK include Nokia 8.1, Nokia 7.1, Nokia 6.1, Nokia 7 Plus, Nokia 6.1 Plus, Nokia 8 Sirocco, Nokia 5, and Nokia 6. You can find all the download links here.

As mentioned, this app brings the Night Sight mode on to the Nokia 8. Google notably announced the new mode alongside unveiling the Pixel 3 models in October, but officially rolled it out to all Pixel users last month. While comparing the camera performance of the Pixel 3 XL, iPhone XS, and Galaxy Note 9, we found that the Night Sight mode helps in capturing enough light during low-light conditions to deliver bright shots with all the relevant details. It essentially captures up to 15 frames with a reasonably slow shutter to provide an effective exposure of nearly five seconds. This comes in place of keeping the camera shutter open for four to five seconds, which would blur the image.

We recently reported, that the OnePlus 6 and OnePlus 6T also got the ported version of the Google Camera app. Even the Xiaomi Mi 8 and Poco F1 got the ported app, and users can download it on to their devices. Of course, we'd like to inform our readers that ported apps can damage phones, so caution before download is advised.