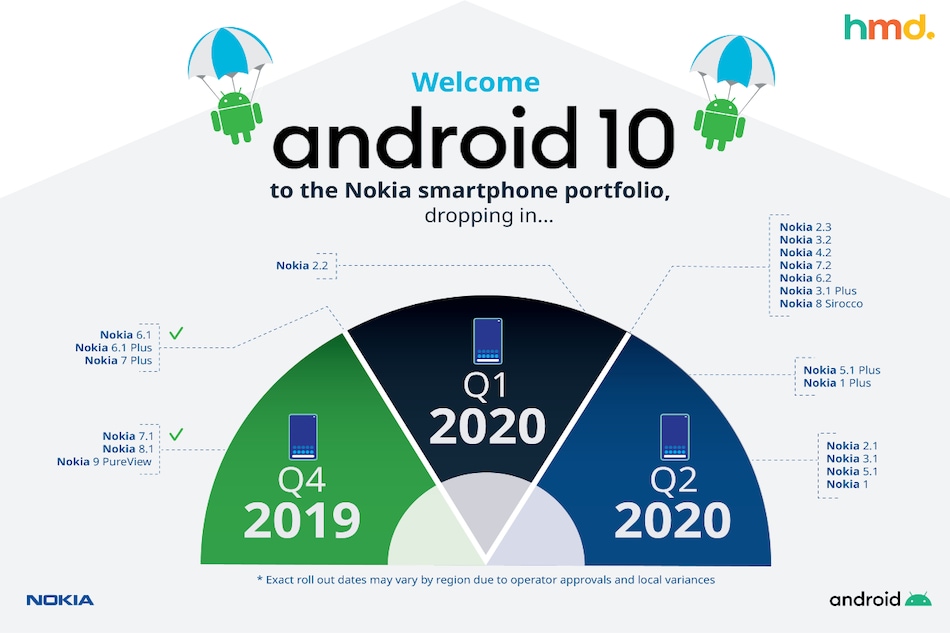 Coronavirus outbreak has affected multiple industries across the world, with the tech industry being one of the worst-hit. Not only the has hardware side of the business has taken a hit, even the software part has also suffered significantly. Now HMD Global, the Nokia mobile brand licensee, has also announced that it will revise its Android 10 update schedule on all Nokia phones owing to the COVID-19 outbreak. The announcement was shared by HMD Global's Chief Product Officer Juho Sarvikas on his official twitter account, along with an image of the new roadmap, which shows that a bulk of Nokia smartphones will receive the update in the second quarter of 2020. To recall, the original roadmap had first been unveiled in December.

In a post on Twitter, the HMD Global's Chief Product Officer shared the revised Android 10 update timeline for all Nokia smartphones, which shows that the company has pushed the update for most of its smartphones to the second quarter of 2020. He further said that the company still aims to be the fastest brand to update its whole portfolio to Android 10.

While we have taken all the steps to fight COVID-19, we still aim to be the fastest brand to update its portfolio to Android 10. Although our schedule changed a bit, we're proud to announce a number of phones will be upgraded soon and excited to share our new roadmap: pic.twitter.com/nKEYSkI8Ow

The new roadmap also said that the exact Android 10 rollout date for Nokia phones may vary from region to region, pertaining to operator approvals and local variances.

On Faraway Planet, It's Cloudy With a Chance of Liquid Iron Rain
Oppo Reno 3 Global Variant to Be Launched on March 16 With Quad Rear Cameras