Promising Smartphones of 2021 That Did Not Make It to India

India is an important market for most major smartphone brands, but not all devices make it here. 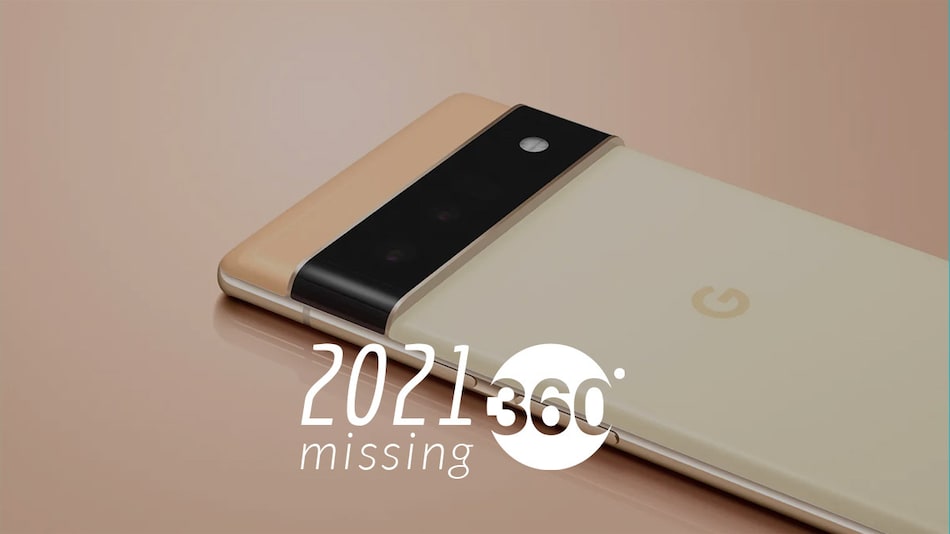 We see a lot of premium flagship smartphones arrive in India soon after they go on sale in international markets, which only goes to show that India is an important market for most smartphone brands. However, there are some manufacturers that have held back on some models in 2021 despite everyone expecting them to launch. These are devices that appeared promising, and in some cases, seemed like it would be a perfect fit, but for reasons best known to manufacturers, never showed up.

High on the most-wanted list is Google. The new Pixel 6 and 6 Pro are probably the most interesting Android smartphones to be announced this year, primarily because they have a new Tensor processor that's designed by Google. The company is trying to integrate its hardware and software closely; a formula that Apple has been following year on year. In addition, The Pixel 6 models are the first smartphones to run Google's freshest serving of Android 12.

Given the diminished competition in the ultra-premium Android smartphone segment in India, which now only really has smartphones from Samsung and Vivo, the Google Pixel 6 would have made things interesting. Its computational photography smarts and clean near-stock Android software, which is rare in this segment, would certainly have fans here. Unfortunately, Google confirmed to Gadgets 360, soon after launch that its Pixel 6 range will not be making it to India, citing global demand and supply issues.

No, we're not done yet! Another smartphone that Pixel fans were eagerly waiting for was the Pixel 5a 5G. This upgrade to the Pixel 4a 5G features an IP67-rated body made of aluminium and a bigger battery. With these omissions, most of the Pixel faithful (including many fans of Google's Nexus lineup) in the country will have to move on to other brands or keep waiting for things to change. Google did launch the Pixel 4a (Review) in India in 2020 (but not the Pixel 4a 5G), which raised hopes for the launch of the 5a 5G in 2021. Sadly, Google had other plans. A Pixel 6a 5G has already started showing up in leaks and is reportedly in the works, so fans can try keeping their fingers crossed.

Microsoft has recently built up some momentum with its Windows-powered Surface laptops and 2-in-1s in India, so it is a bit surprising that the Surface Duo lineup has never made it here. While the original Duo was not the most practical everyday phone, Microsoft recently announced a new and upgraded Surface Duo 2, which has three cameras at the back for a more flagship camera experience.

Under the hood is a Qualcomm Snapdragon 888 processor with enough horsepower to light up those two 90Hz PixelSense Fusion displays. Given that Samsung's Galaxy Z Fold 3 (Review) and Flip 3 (Review) are the only foldable devices available in India, Microsoft's Surface Duo 2 would surely have spiced things up in the ultra-premium segment.

Xiaomi has not been shy about flexing its premium gear in the Indian market. A brand mostly known for its budget smartphones, Xiaomi began launching premium devices back in 2020 (2017 if you consider the Mi Mix 2) with the Mi 10 (Review), and then followed that up this year with a much more premium release, the Mi 11 Ultra (Review). While its smartphones are still quite competitive in terms of overall value, Xiaomi's first foldable, the Mi Mix Fold, hasn't made it to India.

Even Xiaomi Global VP, Manu Kumar Jain tweeted about bringing it to the country soon after its debut in China, but no plans have been announced yet. Folding bits aside, this phone also features a unique liquid camera lens, which the company claims can focus quicker and more accurately along with providing both telephoto and macro capabilities.

After the Asus 6Z, Asus did not bring the 7 series to India, and now the launch of the 8Z series also remains a mystery at the time of publishing this article. Back in May, Asus published a landing page for this phone on its official website for India (and it's still live today), showcasing the specifications of what appears to be the ZenFone 8 (which was presumably meant to be called the 8Z in India). However, since then, there's been no news about this phone launching in India. The Asus ZenFone 8, as it's known in the rest of the world, is a compact flagship smartphone with a 5.9-inch 120Hz sAMOLED display and a Qualcomm Snapdragon 888 SoC. It is also one of the first Asus smartphones with an IP68 rating.

After cancelling the Find X2 Pro launch in India back in 2020, Oppo has been mum about the launch of another premium flagship and has focused on its premium mid-range Reno series. The Find X3 series was unveiled globally in March with the Find X3 Lite, Find X3 Neo, Find X3, and Find X3 Pro. The Find X3 Pro features a unique 3-megapixel microlens sensor to capture more detail letting us see an object up to 60X closer, which is kind of like a microscope. The unique-looking camera module would have made this phone an interesting addition to the current ultra-premium flagship lineup in India.

Fairphone has been making smartphones for a while, and the Fairphone 4 adds 5G to the mix. Every Fairphone 4 comes with a 5-year warranty and a high repairability score, meaning you can repair and replace parts yourself with little more than a screwdriver. Spares are available in countries where this phone is sold, so it's a bit disappointing that this DIY-friendly brand has not yet made it here.

Even though Sony's mobile division announced its exit from many markets around the globe, it has been coming up with interesting smartphones lately. The new Xperia Pro-I is a fine example of how Sony adapts its consumer camera tech to its smartphone range. The Xperia Pro-I made waves for being the first smartphone to feature a 1.0-inch camera sensor with phase detection autofocus. It's basically the same 1.0-inch sensor as the one in the RX100 IV compact camera. What makes this even more interesting is the camera's variable aperture system, which can switch between f/2.0 and f/4.0. Completing the camera experience is a two-stage shutter key.

While the phone is yet to go on sale, Sony has announced that it only plans to launch it in select European markets such as the UK, France, Germany, Netherlands, and the Nordics, along with the USA. A slightly watered-down version of the Pro-I is the Xperia 1 III. Save for the primary camera sensor, it packs in most of the hardware features available on the Pro-I. This model is also expected to only make it to select markets by early summer.

Had the OnePlus Nord N200 5G reached India, it would have made for a very interesting budget smartphone. It would have also been one of the most affordable OnePlus devices in a long time, slotting in even lower than the Nord CE 5G. Unfortunately, it is exclusive to North America for reasons best known to OnePlus. Instead, we got the Nord CE 5G (Review), which is still a mid-range smartphone.

Motorola has launched several budget smartphones in the country and also the ultra-premium Moto Razr series with folding displays. Still, there have been a few models that were announced globally, but did not make it to India. One example is the Moto G100, a premium smartphone with Qualcomm's Snapdragon 870 SoC, which would have made things uncomfortable for the Realme GT Neo 2 (Review) and the OnePlus 9R (Review).

The Moto G100 initially went on sale in Europe and Latin America, and now Motorola has already introduced a follow-up called the Moto G200, which is expected to head to the same markets as its predecessor.

India is an important market for Nokia (HMD Global) and this is clear from the number of smartphones launched here. Despite bringing in most of its budget and entry-level smartphones and the premium Nokia XR20 as well, India has missed out on the recently announced X series entirely, which includes the X20 and X10. Both the Nokia X10 and the X20 are mid-range devices with a focus on camera quality. Also missing so far is the Nokia G50, which is a budget smartphone and the most high-end offering from Nokia in this price range after the G20 (Review).

Huawei's last premium smartphone in India was the P30 Pro (Review). It was a good competitor overall, until Google pulled the plug on Android support due to international sanctions. Now, the brand only sells accessories in India. With Google's Pixel range also nowhere in sight, Samsung alone holds the fort for ultra-premium Android smartphones in India. This year, Huawei's P50 Pro would have put up a fight.

The phone is available in Kirin 9000 and Qualcomm Snapdragon 888 SoC options and has a unique-looking camera setup which consists of a 50-megapixel primary camera, a 40-megapixel monochrome camera, a 13-megapixel ultra-wide-angle camera, and a 64-megapixel telephoto camera that offers up to 100X digital zoom. What's missing is Google's apps and services, but given its imaging capabilities, we think it would have made for an interesting option in the premium segment.

While there's been a decline in high-end gaming smartphones in 2021, Lenovo's Legion Phone Duel 2 definitely looks the part with an odd-looking camera layout in the centre when held horizontally. There's even a motorised pop-up front-facing camera (again, aligned in landscape orientation) so that gamers can stream themselves while playing without their hands getting in the way.

There's also a visible fan at the back with RGB lighting (plus a second hidden one) and several touch-sensitive triggers on the back and the sides. This phone can even be charged with two chargers at once. Lenovo did state that the Legion Phone Duel 2 would make it to select markets in Asia Pacific and Europe, but it never made it to India.

Meta Sued for $150 Billion by Rohingya Refugees Over Myanmar Violence
Better.com CEO Vishal Garg Fires Over 900 Employees Over Zoom Call in US