Realme 8i may launch after the Realme 8s as the latter has started popping up in leaks. 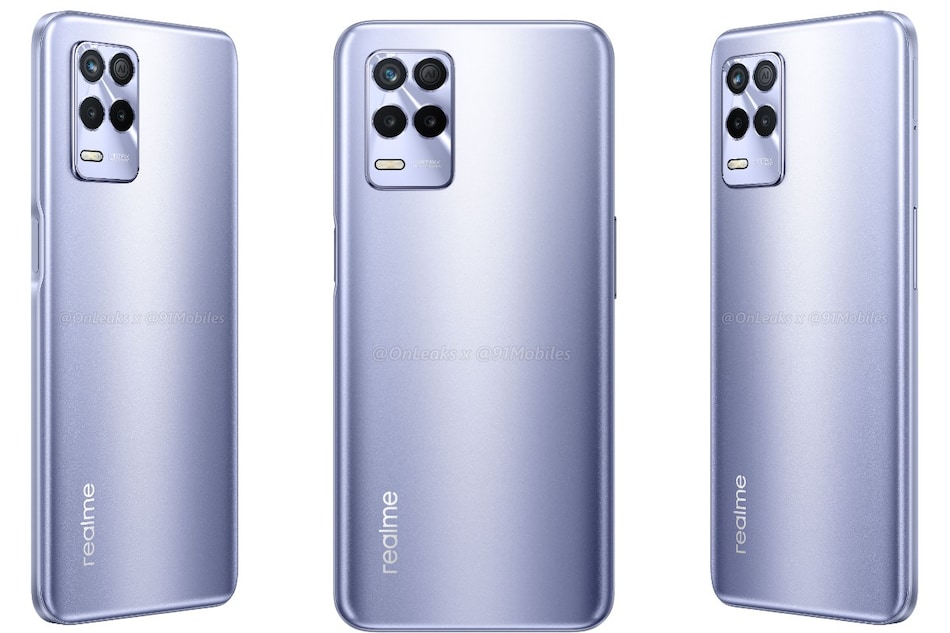 Realme 8s may get a purple colour option

Realme CEO Madhav Sheth answered a few questions in the latest episode of Ask Madhav on YouTube where he disclosed that more Realme 8 series phones are in development. Sheth then asked fans which one would they like to see first, the Realme 8i or the Realme 8s. Besides this, no information about the phones was shared. The Realme 8i is a complete mystery at this point, but a recent leak had shed some light on what could be the Realme 8s.

Late last month, renders and specifications of a Realme phone, said to be the Realme 8s, were leaked. In terms of design, the phone has a volume rocker and a SIM card tray on the left and a fingerprint sensor on the right that doubles as a power button. The leaked renders show the Realme phone in a purple hue, which is expected to be one of the colour options for when the phone officially launches.

The leaked specifications suggest that the Realme 8s will run Android 11 with Realme UI 2.0 on top. It may feature a 6.5-inch display with a 90Hz refresh rate. The phone is said to be powered by a yet-to-be-announced MediaTek Dimensity 810 SoC, along with 6GB and 8GB RAM options. The Realme 8s could also come with an additional 5GB virtual RAM, and have 128GB and 256GB storage variants.

In terms of optics, the Realme 8s may sport a triple rear camera setup that is headlined by a 64-megapixel primary sensor. Details about the other two sensors are unclear. The phone may come with a 16-megapixel selfie camera sensor. Connectivity options on the phone may include 5G, USB Type-C port, and a 3.5mm headphone jack — alongside the usual Wi-Fi, Bluetooth, and GPS. In terms of battery, the Realme 8s is said to come with a 5,000mAh battery with support for 33W fast charging.