Realme 9 Pro 5G users in India are eligible to apply for the programme. 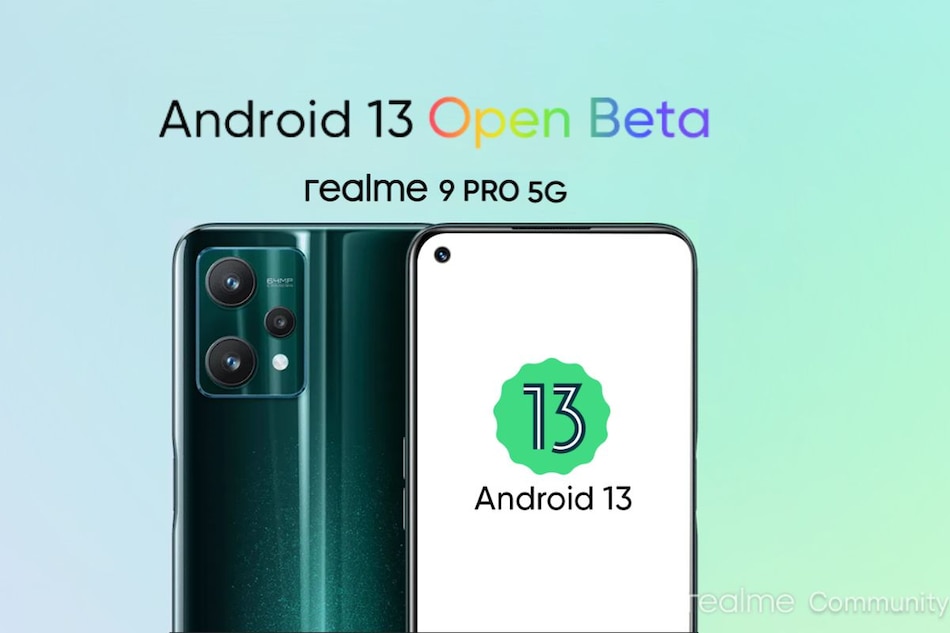 Realme 9 Pro 5G users in India will get the Android 13 Open Beta programme. The Chinese company had announced the Android 13 Early Access programme for the handset last month. Realme 9 Pro users in India are eligible to apply for the programme. The handset launched in India in February this year, features a 120Hz refresh rate display and is powered by a Qualcomm Snapdragon 695 SoC. The smartphone runs on Android 12 out-of-the-box with Realme UI 3.0 on top. It comes with a triple rear camera setup led by 64-megapixel primary sensor. The handset packs a 5,000mAh battery that supports 33W Dart Charge fast charging.

Realme has announced the Android 13 Open Beta programme for the Realme 9 Pro 5G on the Realme Community Forum.

Realme has put out a list of disclaimers to be noted before applying to the programme including making sure the phone is not rooted, backing up your personal data, and ensuring that the available phone storage is more than 5GB, among others.

As mentioned earlier, the Realme 9 Pro 5G launched in India in February this year, features a 120Hz refresh rate display and is powered by a Qualcomm Snapdragon 695 SoC. The smartphone carries a triple rear camera setup led by 64-megapixel primary sensor. It has a 5,000mAh battery that supports 33W Dart Charge fast charging. Realme 9 Pro 5G comes in two different configurations and customers can opt for up to 8GB of RAM and 128GB of storage. Realme 9 Pro 5G has 8.5mm thickness and the smartphone weighs 195 grams.

Realme 10 Pro+ Specifications, Design Teased Ahead of Launch in India
Featured video of the day
Is Flexibility a Good Enough Reason to Buy The Lenovo Yoga AIO 7?