Redmi 11 Prime is powered by a MediaTek Helio G99 SoC. 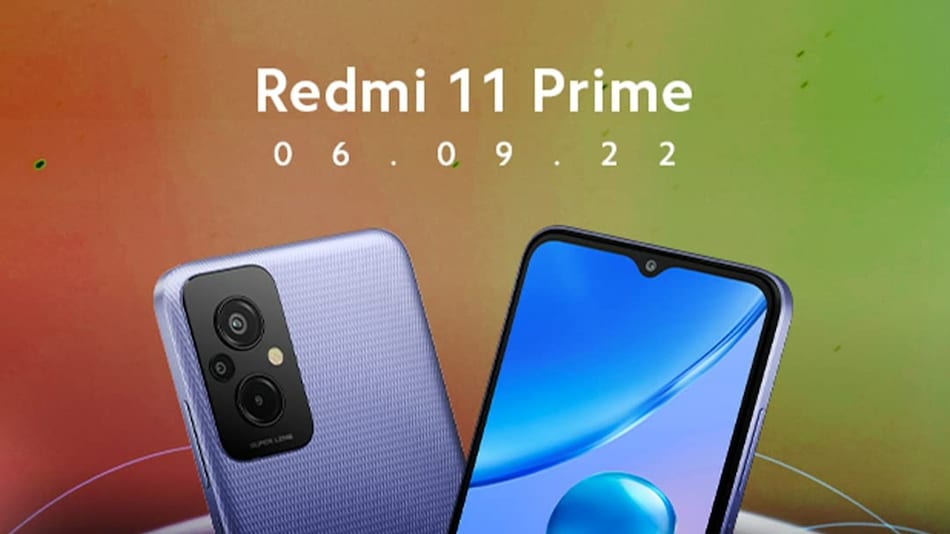 Redmi 11 Prime 5G launch date was previously confirmed by the company a few days back and the arrival of the smartphone in India is scheduled on September 6. The company has now revealed that the launch of the Redmi 11 Prime is also set to join this smartphone. A microsite has also gone live on Amazon revealing several key specifications of this upcoming 4G smartphone. It is powered by a MediaTek Helio G99 SoC. The smartphone sports a water-drop style notch on the front and a triple rear camera setup. However, the pricing of this smartphone is still under wraps.

Redmi shared a tweet on Thursday confirming the September 6 launch date of the Redmi 11 Prime. Furthermore, an Amazon microsite for this smartphone confirms that it packs a MediaTek Helio G99 SoC. There is a 50-megapixel triple rear camera setup. It also features a 5,000mAh battery.

The Xiaomi-owned brand has also revealed the design of the Redmi 11 Prime. It is depicted to sport a water-drop style notch on the front. It appears to have a textured rear panel and a side-mounted fingerprint sensor.

It sports a rectangular camera module on the top-left corner of the rear panel that houses the triple rear camera setup and LED flash. The Redmi 11 Prime will seemingly come in three colours — black, green, and purple.

In related news, the Redmi 11 Prime 5G will also arrive in India on September 6. This dual-SIM 5G model is powered by a MediaTek Dimensity 700 SoC and packs a 5,000mAh battery. The handset will have a 50-megapixel dual rear camera setup and a water-drop style notch for the selfie camera. The revealed images suggest that this smartphone will come in at least green and purple colour variants.