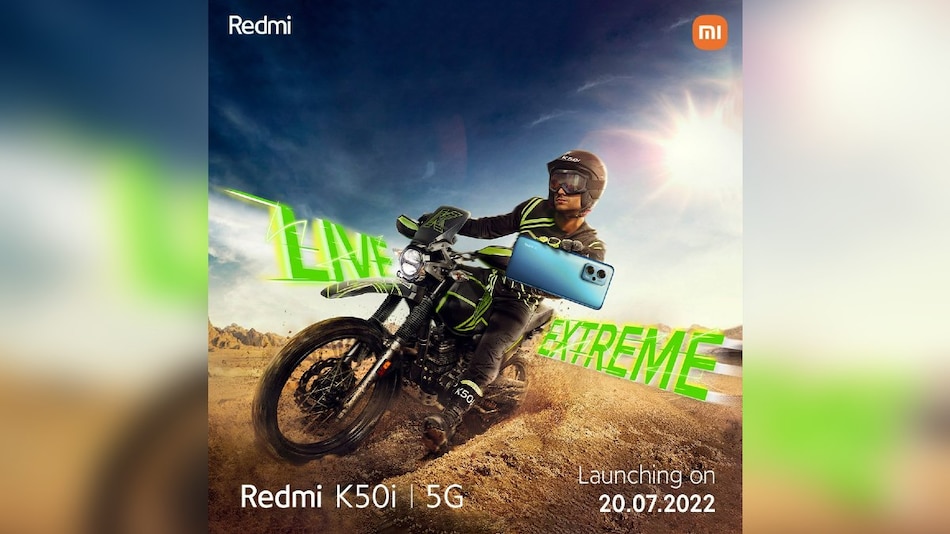 Redmi K50i 5G AnTuTu score has been shared by Redmi India and suggests that it trumped the iPhone 13 by a decent margin. The Chinese company teased the benchmark rating earlier in the day but soon revealed the actual score to establish that the upcoming smartphone delivers fast performance. Redmi K50i 5G will be launched in India on July 20 and it will be available for purchase on Amazon. It could be launched in two variants and three colour options in India.

As per a post by Redmi on Twitter, the Redmi K50i 5G scored 8,22,274 points on AnTuTu benchmark as compared to Snapdragon 888's 8,04,131 points, and 7,82,653 points scored by A15 Bionic SoC with 4-core GPU that powers the iPhone 13. The pro models in the iPhone 13 series have a 5-core GPU. Redmi K50i 5G score suggest that it is a powerful phone, however, the quality of the performance can only be commented on after the smartphone's real-world usage. The phone is expected to debut with a MediaTek Dimensity 8100 5G SoC.

As mentioned, Redmi K50i 5G will be launched on July 20 in India and will be available for purchase on Amazon. Tipped to be a rebranded version of the Redmi Note 11T Pro, the smartphone is reported to come in two variants — 6GB RAM + 128GB and 8GB RAM + 256GB — as well as in three colour options: Quick Silver, Phantom Blue, and Stealth Black. It could be available from July 22 and during the Amazon Prime Day Sale 2022, which is scheduled to take place on July 23 and 24.