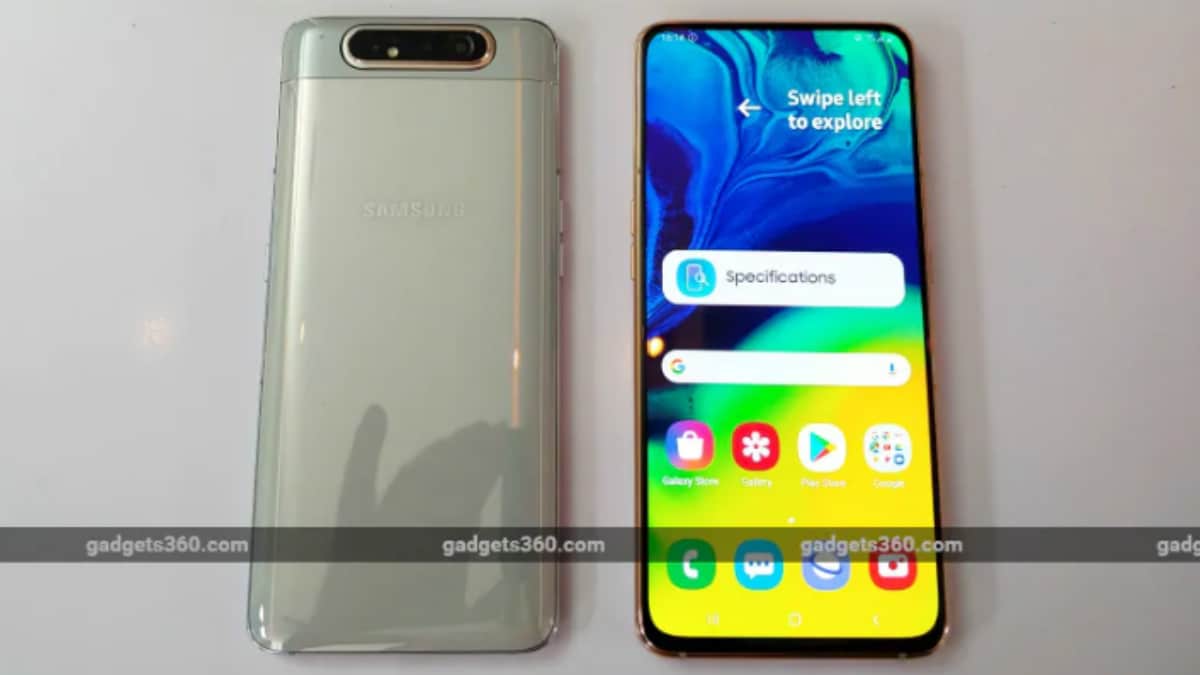 Samsung Galaxy A80 houses a rising and rotating camera module

Samsung unveiled the Galaxy A70 and Galaxy A80 phones in Thailand last month. The Galaxy A70 has already gone on sale in India, and now the Galaxy A80 is reportedly set to launch in the country soon. According to a report, Samsung will be holding an exclusive preview of the Galaxy A80 in different Indian cities next week, indicating an imminent arrival. The events, which will be held on June 8 and June 9, will allow fans to experience the phone ahead of the launch

Sammobile reports that Samsung will be hosting Galaxy A80 exclusive preview events in five Indian cities. These include Delhi, Mumbai, Hyderabad, Bangalore, and Kolkata, and the events will kick off at 6pm IST. Delhi, Mumbai and Hyderabad can experience the Samsung Galaxy A80 on June 8 and Bangalore and Kolkata fans can experience the phone on June 9. The report says that the event will be open for all, but registrations may be needed on the Samsung Members app. Details about the venue will reportedly be shared on the app soon.

The report also claims that the preview events will be followed by an official launch of the Galaxy A80 in the Indian market. The phone is tipped to cost somewhere between Rs. 40,000 to Rs. 50,000. This falls in line with Samsung's previous confirmation of the price falling in the Rs. 45,000 - Rs. 50,000 bracket.

There's no confirmation from Samsung as of yet, so we recommend that you take this information with a grain of salt. We've contacted Samsung to get clarity on Galaxy A80 India launch, and will update this copy as soon as we hear back.

The big highlight of the Samsung Galaxy A80, which was announced globally last month, is its pop-up rotating triple-camera system and a fullscreen display. The Samsung Galaxy A80 price has been set at EUR 649 (roughly Rs. 50,500), and it is offered in Angel Gold, Ghost White, and Phantom Black colour variants, with the first two having pearlescent effects. The phone first went on sale in select markets earlier this week.