Samsung Galaxy A80 was launched in July 2019 with Android 9 and received Android 10 and Android 11 updates subsequently. 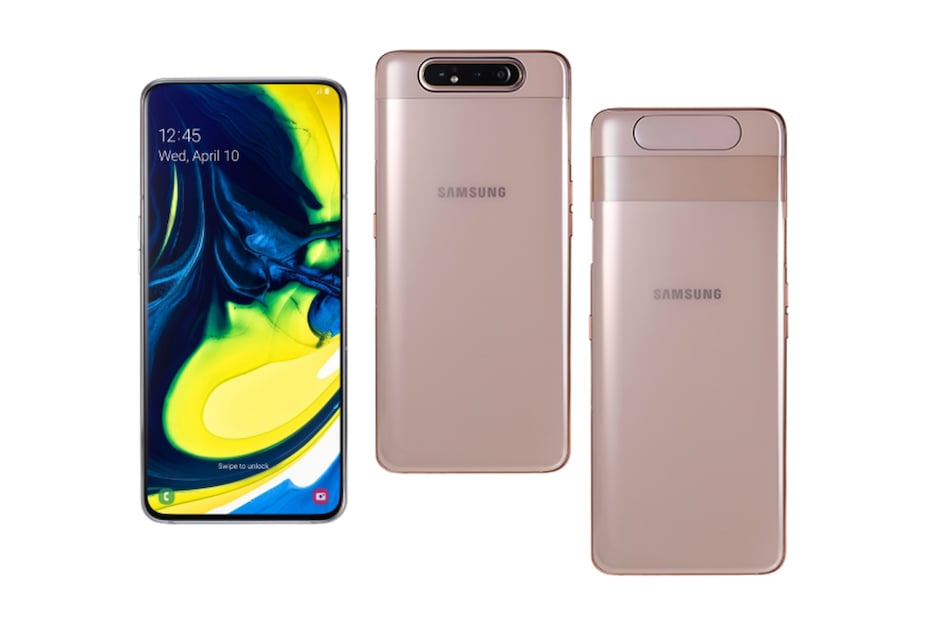 Samsung Galaxy A80 is reportedly receiving the latest Android security patch with the latest update. The update is said to be first rolling out in the European markets such as Cyprus, Germany, Greece, and more. Samsung began the rollout of the July 2021 Android security patch with the Galaxy S10 series smartphones, which was later rolled out for the Galaxy A52 and the Galaxy A51 smartphones. Samsung Galaxy A80 was launched in India in July 2019 and came with Android 9 Pie out-of-the-box. The smartphone subsequently received the Android 10 update in March 2020 and the Android 11 update in March 2021.

The update for Samsung Galaxy A80 was reported by SamMobile. According to its documentation, Samsung is only bringing the July 2021 Android security patch to the smartphone with the current update. It is said to be rolling out in Cyprus, Germany, Greece, Hungary, Italy, Macedonia, Poland, Portugal, Russia, Serbia, Slovakia, Slovenia, Switzerland, the Czech Republic, and the UK. There is no confirmation when other regions including India will receive the latest Android security patch for the Samsung Galaxy A80.

As per a report by Samsung, the July 2021 security patch fixes more than 20 security vulnerabilities, most of which have been done Google. The most problematic vulnerability for Android had been related to Bluetooth.

The firmware version with the update is said to be A805FXXS6DUG3 but the size of the update is not known as of now. It is recommended that Samsung Galaxy A80 users update the smartphone while it is connected to a strong Wi-Fi and is put on charging. The update should roll out automatically but users can also manually check for the update by heading to Settings > Software update > Download and install.

Launched in July 2019, the Samsung Galaxy A80 features a 6.7-inch full-HD+ Super AMOLED 'New Infinity Display' with a 20:9 aspect ratio. It is powered by a Snapdragon 730G processor paired with 8GB of RAM and 128GB of onboard storage. The smartphone packs a 3,750mAh battery that supports 25W fast charging.

Samsung Galaxy A80's party trick is its rotating camera setup that doubles up as the selfie camera. The camera features a 48-megapixel primary sensor and an 8-megapixel ultra-wide-angle lens. Alongside, there is also a 3D depth camera with an IR sensor.

Amazon Is Looking for a Digital Currency Lead, But Bitcoin Payments for Orders Still a Distant Possibility