The Samsung Galaxy F22 will be available via Flipkart in India. 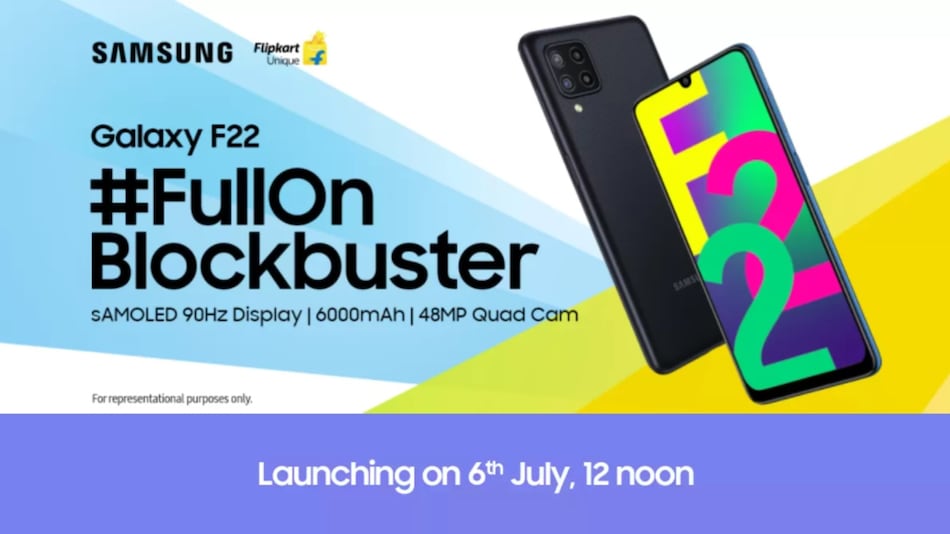 The Samsung Galaxy F22 will go on sale on Flipkart, and the listing has revealed some of the key specifications of the smartphone. The handset will pack a 6.4-inch HD+ sAMOLED display with 90Hz refresh rate. The Samsung smartphone will come with a quad rear camera setup which will be highlighted by a 48-megapixel primary sensor. A 6,000mAh battery will power the phone.

The smartphone has also reportedly been spotted on the Google Play Console website. The listing revealed that the smartphone will have a display with 720x1339 pixels resolution, and run Android 11. Under the hood, the handset will be powered by the MediaTek MT6769T, which is MediaTek Helio G80 SoC, paired with 4GB of RAM.

Looking at these specifications, the Samsung Galaxy F22 is likely a rebranded version of the Galaxy A22 that was launched in Europe earlier this year. There is, however, a difference in the battery capacity. The Galaxy F22 will debut in India with a 6,000mAh battery, while the Galaxy A22 (European version) comes with a 5,000mAh pack.

At the same time, Samsung launched the Galaxy A22 in India with a few changes in terms of RAM and storage configuration from its European counterpart. It is yet to be seen whether there will be other differences between the two devices, and how the South Korean giant prices the Galaxy F22 in the Indian market.