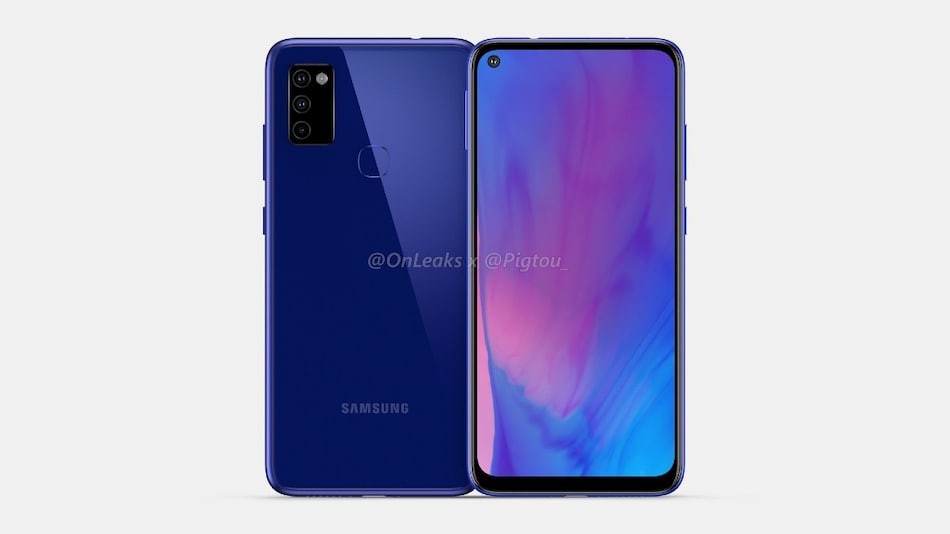 Samsung Galaxy M51 is reported to have a 6.5-inch display

Samsung Galaxy M51 renders and key specifications have leaked online. The phone is seen to sport a hole-punch display and a triple rear camera setup at the back. The 3.5mm audio jack is reportedly placed on the top edge, while the USB Type-C port is situated at the bottom edge of the phone. The Samsung Galaxy M51 renders suggest that the phone comes with a flat display with no curved edges on the side. The back panel has a matte blue finish, and there's a rear fingerprint scanner as well.

OnLeaks and Pigtou have published high resolution renders of the Samsung Galaxy M51, alongside a 360-degree render video as well. The phone is speculated to be the successor of the Samsung Galaxy M40, given that there was no Samsung Galaxy M50 launched last year. The renders suggest a flat display with no curved edges, thin bezels on all sides, and a hole-punch panel with the selfie camera cut out placed on the top left of the screen.

At the back, the phone sports a triple rear camera setup in a rectangular shaped module. The three sensors are placed vertically, one below the other, while the flash sits on the side. There's a rear fingerprint sensor on board, and the 3.5mm audio jack is spotted on the top edge. The volume and power buttons are on the right edge of the Samsung Galaxy M51, and the bottom rim has the USB Type-C port and speaker grille.

As for specifications, the Galaxy M51 is reported to sport a 6.5-inch flat display, and measure 162.6x77.5x8.5mm (9.5mm including rear camera bump). The report says that there is a slight chance that the Galaxy M51 may be called the Galaxy M41. If that is not the case, then the company will skip the Galaxy M50 phone altogether and launch the Galaxy M51 directly. There is no clarity on this, and things should be clearer once the phone is official.