Samsung Galaxy M52 5G will be the successor to the Galaxy M51 that came with a massive 7,000mAh battery. 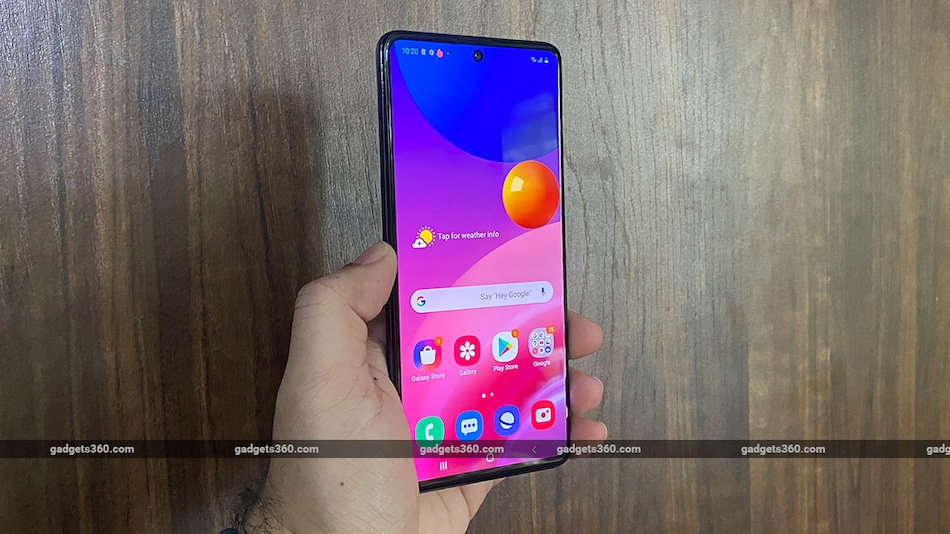 The recent Geekbench listing for model number SM-M526BR — believed to be the Samsung Galaxy M52 5G — suggested the phone would be quite powerful with the Qualcomm Snapdragon 778G SoC. Now, a report by GalaxyClub brings camera details for the phone. It is said to carry a triple rear camera setup that is headlined by a 64-megapixel ISOCELL GW3 primary sensor, accompanied by a 12-megapixel sensor with a wide-angle lens, and a 5-megapixel macro shooter. At the front, the Galaxy M52 5G is said to come with a 32-megapixel selfie shooter.

It may also come with a central hole-punch cutout for the selfie camera like the Samsung Galaxy M51. As of now, the battery specifications for the Galaxy M52 5G are unclear but its predecessor, the Galaxy M51, packed a massive 7,000mAh battery.

The alleged Geekbench listing for the Galaxy M52 showed 6GB RAM which may be one of the models, and Android 11 out of the box. The processor mentioned in the listing was codenamed “lahaina” which is believed to be the Qualcomm Snapdragon 778G SoC. This SoC was announced last month and has been confirmed to feature in the Honor 50 series. It may be present in the Realme X9 as well.

Huawei to Offer Software Support for Honor Phones Released Before April 1: All Details