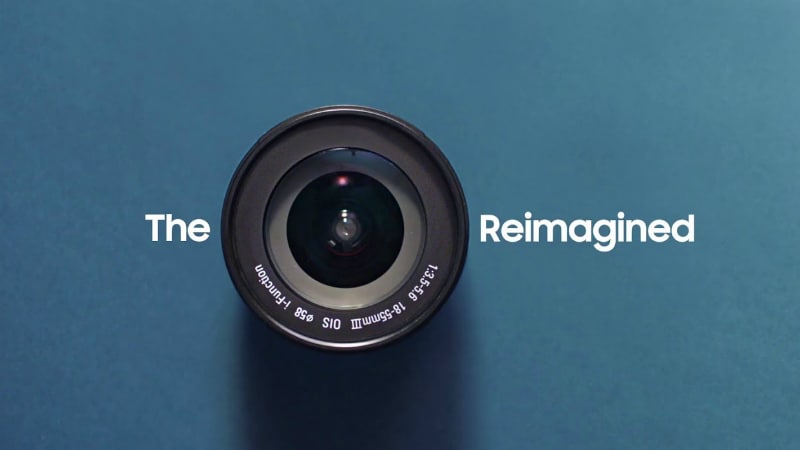 Samsung on Wednesday released yet another teaser in the wake of the impending Galaxy S9 and Galaxy S9+ launch at the Galaxy Unpacked event in Barcelona, ahead of MWC 2018. Much like the previous ones, the "Camera. Reimagined" teaser is also focused on camera features, considering that might be the only major upgrade on the Galaxy S8 range's successor. The video teases various elements such as flash, iris, photo tagging, selfies, and other youth-oriented features.

As we mentioned, a video posted on Samsung Malaysia's official channel reveals several expected features of the Galaxy S9's camera. Unlike the last round, this is a longer 30-second teaser that starts off with focusing on a person's "iris" suggesting an upgrade in the front-facing iris scanner. It then moves on to show flashes from different light sources pointing towards a possible upgrade in low light or night photography.

Shown next are a few social media-focused features such as photo tagging, numerous selfies, and Snapchat-like emojis for the front camera.

Apart from that, previous teasers have hinted at camera features like a super slow motion camera, low light photography, and Animoji-style 3D emoji stickers on the upcoming flagship phones.

With these internal upgrades in tow for the Galaxy S9 duo, we can expect Samsung's upcoming flagship phones to be priced at a record high. Previous reports have suggested a $100 (roughly Rs. 6,400) hike over the previous generation Galaxy S8 range. Separately, the Galaxy S9+ is likely to get a dual rear camera setup, while the Galaxy S9 is not.

We can expect the phones to be powered by the Qualcomm Snapdragon 845 SoC in US and China, and the Samsung Exynos 9810 SoC in other international markets including India. RAM on the Galaxy S9 might be capped at 4GB, while the Galaxy S9+ is expected to get a maximum of 6GB RAM.