There seems to be no major changes on the Samsung phones apart from the latest security patch. 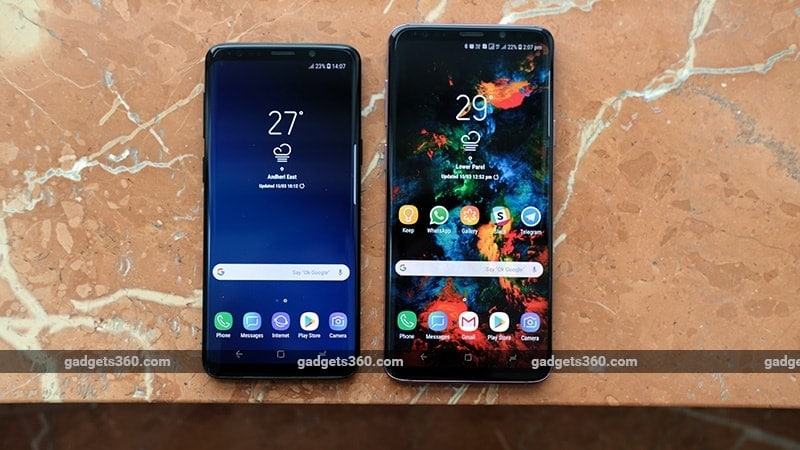 Samsung Galaxy S9 and Galaxy S9+ were launched in March 2018

Samsung Galaxy S9 and Galaxy S9+ are reportedly receiving the latest March 2021 Android security patch. The premium smartphones that were launched three years ago will be getting just the updated security patch with the build number G96xFXXSFFUB3. The update is expected to reach Samsung Galaxy S9 and Galaxy S9+ smartphones by the end of this month. The smartphones are still using the Android 10-based One UI 2.5 but there has been no news if they would receive the latest version of One UI.

According to a report by SamMobile, Samsung Galaxy S9 and Galaxy S9+ are now receiving the March 2021 security patch and shall reach all units by the end of this month. To check for the update manually, go to Settings > Software update > Download and Install. This is just a security patch update, so there will not be any new features or UI tweaks for these smartphones.

In an announcement from October 2020, Samsung said that the last major update for Galaxy S9 and Galaxy S9+ will be the addition of One UI 2.5. The update brought along improvements for Samsung keyboard with a split mode and a YouTube search function. Alongside, there are improvements to the camera and the Single Take mode receives a feature to adjust recording duration.

In other Galaxy-related news, Samsung launched a budget smartphone on Thursday – Galaxy M12 – that is powered by an Exynos 850 SoC and comes equipped with either 3GB, 4GB, and 6GB of RAM, has the option of 32GB, 64GB and 128GB of storage, has a 6,000mAh battery and a quad rear camera setup. Its pricing starts from Rs. 9,999 for the 3GB + 32GB storage variant and goes up to Rs. 13,499 for 6GB + 128GB storage model. It will go on sale on Samsung's official website, Amazon and select retail stores on March 18.