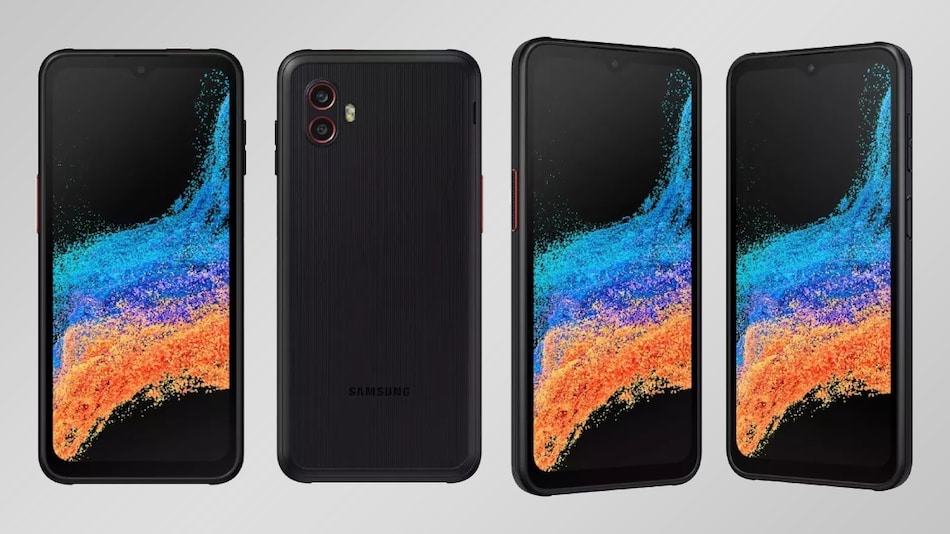 Ahead of the launch of the Samsung Galaxy XCover 6 Pro, renders of the smartphone were shared by WinFuture. The images of the smartphone show off the smartphone's design from various angles. The handset is shown to sport a display with thick bezels and a waterdrop-style notch. The rear panel and the left and right sides of the smartphone feature a striped design, while the edges of the display are raised — like a protective case — likely to protect the screen from scratches when it is placed face down. These images appear to be similar to the renders that surfaced online earlier this month.

The purported Samsung Galaxy XCover 6 Pro is shown to sport a dual camera setup in a vertical layout in the leaked renders. Both cameras are surrounded by red rings. The power and volume buttons are located on the right side of the phone, while the SIM tray could be located on the left side, surrounded by a red border.

The Samsung Galaxy XCover 6 Pro is tipped to sport a 6.6-inch full-HD+ resolution TFT display. The handset is said to run on Android 12 out of the box and could be powered by a Snapdragon 778G SoC, paired with 6GB of RAM. It could offer 128GB of inbuilt storage, according to previous reports.