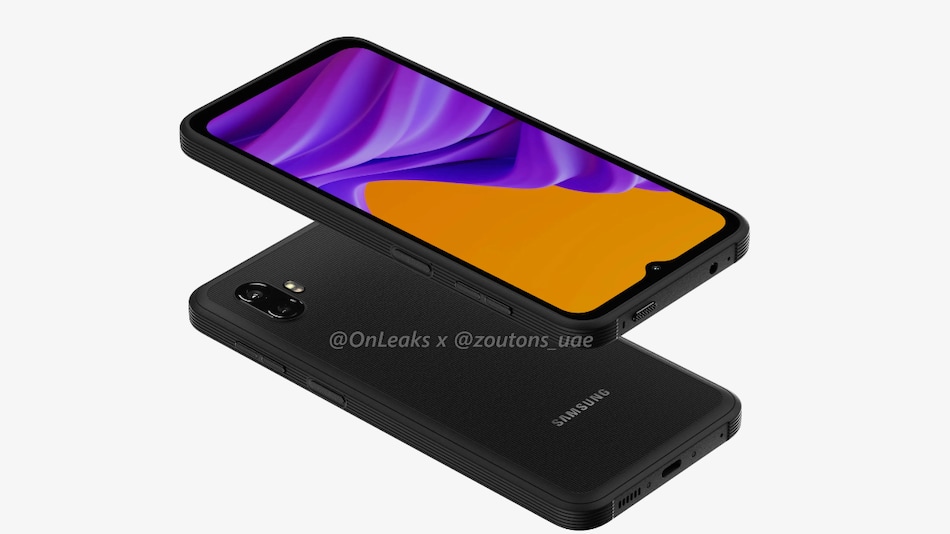 Alleged renders of the Samsung Galaxy XCover Pro 2 were shared by tipster Steve H.McFly (@OnLeaks) in collaboration with Zoutons. The renders show Galaxy XCover Pro 2 in Black colour. The smartphone is shown to have a dual rear camera unit, arranged in the upper left corner of the device. Further, the power button and the volume rockers are seen on the left spine of the smartphone. The charging port and speaker grilles are seen at the bottom of the handset.

As per the report, the upcoming rugged phone will feature a 6.56-inch Infinity-V display. It is said to run on Android 12 out of the box. Samsung Galaxy XCover Pro 2 is tipped to be powered by Samsung's Exynos 1280 SoC. If the information turns out to be correct, this would be a decent upgrade from its predecessor's octa-core Exynos 9611 processor. The upcoming phone is said to be the first Xcover series device to offer 5G connectivity. Besides, Samsung Galaxy XCover Pro 2 is said to feature a side-mounted fingerprint sensor for authentication and a 3.5mm headphone jack. As per the report, the handset will measure 169.5x 81.1x 10.1mm.

The rumoured Samsung Galaxy XCover Pro 2 recently appeared on Geekbench benchmarking website. As per the listing, the phone will get an octa-core processor along with 6GB of RAM. It is expected to succeed the Samsung XCover Pro.

The first-generation rugged smartphone features a 6.3-inch full-HD+ (1,080x2,400 pixels) TFT display. It is powered by an octa-core Samsung Exynos 9611 processor. Samsung Galaxy XCover Pro packs a dual-camera unit with a 25-megapixel main sensor and an 8-megapixel autofocus secondary sensor. For selfies, there is a 13-megapixel selfie shooter. It packs a 4,050mAh battery with 15W fast charging support.