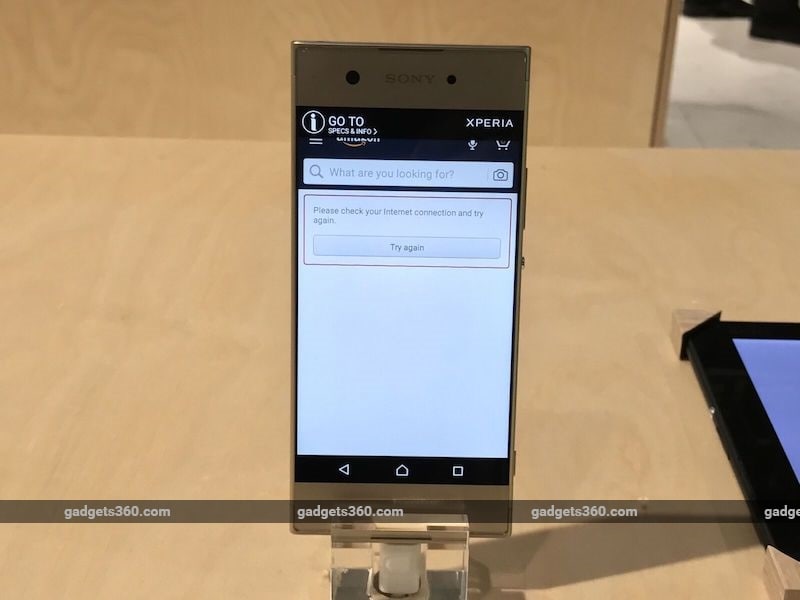 Sony on Tuesday launched the Xperia XA1 smartphone in India. The company has priced the device at Rs. 19,990, and has made it available in all Sony Centres and major electronic stores across the country. The Sony Xperia XA1 is the successor of the Sony Xperia XA launched last year.

The smartphone was unveiled first at MWC 2017 in Barcelona, alongside three other phones - Sony Xperia XZ Premium, Xperia XZs, and Xperia XA1 Ultra. In India, the Sony Xperia XA1 will be made available in White, Black, and Pink colour variants.

At the rear, there is a 23-megapixel Exmor RS image sensor with hybrid autofocus, 24mm wide-angle lens, f/2.0 aperture, 5x zoom, and HDR mode. The Sony Xperia XA1's front camera is at 8-megapixel with no front flash or OIS. The smartphone packs a 2300mAh battery, and connectivity options include 4G VoLTE, USB Type-C port, Bluetooth 4.2, Wi-Fi, and NFC.

The Sony Xperia XA1's dimensions measure at 145x67x8mm and the smartphone weighs 143 grams. Sony is offering three months subscription of Sony LIV for free with the purchase of the smartphone. The Sony Xperia XA1 comes with a Qnovo Adaptive Charging technology that monitors the battery's health and adjusts charging current accordingly to avoid damage and maximise lifespan. There's also a Stamina Mode that keeps your battery going for longer when you really need it the most by disabling some of the functions and extending the lifetime.