Tecno Camon 15 Pro has a pop-up selfie camera, while the Camon 15 opts for the hole-punch design. 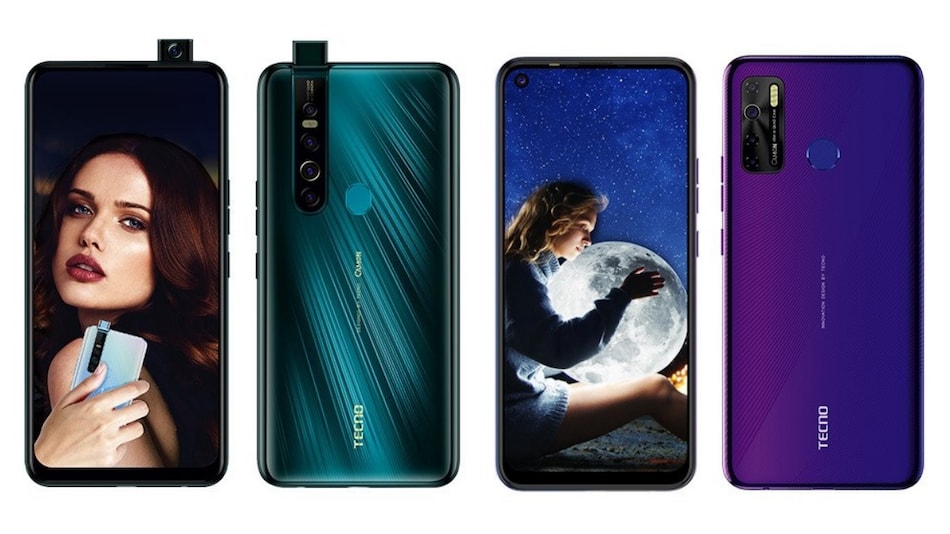 The Tecno Camon 15 is priced at Rs. 9,999 and comes in Shoal Gold, Fascinating Purple, and Dark Jade colour options. On the other hand, the Tecno Camon 15 Pro carries a price tag of Rs. 14,999 and will be up for grabs in Ice Jadeite and Opal White colours. The company is also offering free wireless speakers worth Rs. 3,499 as a freebie to Tecno Camon 15 Pro buyers. The two phones will go on sale starting February 25 from over 35,000 authorised retail outlets across the country.

Taking about specifications, the dual-SIM Tecno Camon 15 Pro runs Android 10 with HiOS 6.1 custom skin on top. It features a 6.53-inch full-HD+ (1080 x 2340 pixels) display with 91.2 percent screen-to-body ratio and 480 nits peak brightness. It is powered by the quad-core MediaTek Helio P35 SoC paired with 6GB of RAM and 128GB of internal storage.

The Tecno phone features a quad rear camera setup that includes a 48-megapixel main camera. It is accompanied by a 5-megapixel ultra-wide angle camera with a 115-degree field of view, a 2-megapixel tertiary camera, and a fourth QVGA sensor. Selfies and video calls are handled by a 32-megapixel pop-up selfie camera. It comes equipped with a 4,000mAh battery and has a rear-mounted fingerprint sensor for authentication.

As for the Tecno Camon 15, it also a dual-SIM phone and runs Android 10 with the HiOS 6.1 custom skin. The Tecno offering features a 6.55-inch HD+ display with a hole-punch. There is no word on the processor at its heart, but it is accompanied by 4GB of RAM and 64GB of onboard storage that is expandable via a microSD card (up to 256GB).

Tecno Camon 15 also features a quad rear camera setup that includes a 48-megapixel main camera, but details about the rest of the sensors are not known. It has a 16-megapixel front camera housed in a hole-punch. The Tecno Camon 15 comes equipped with a larger 5,000mAh battery and has a rear-mounted fingerprint snapper with an oleophobic coating on top. Connectivity options include GPS, Wi-Fi, and 4G VoLTE.