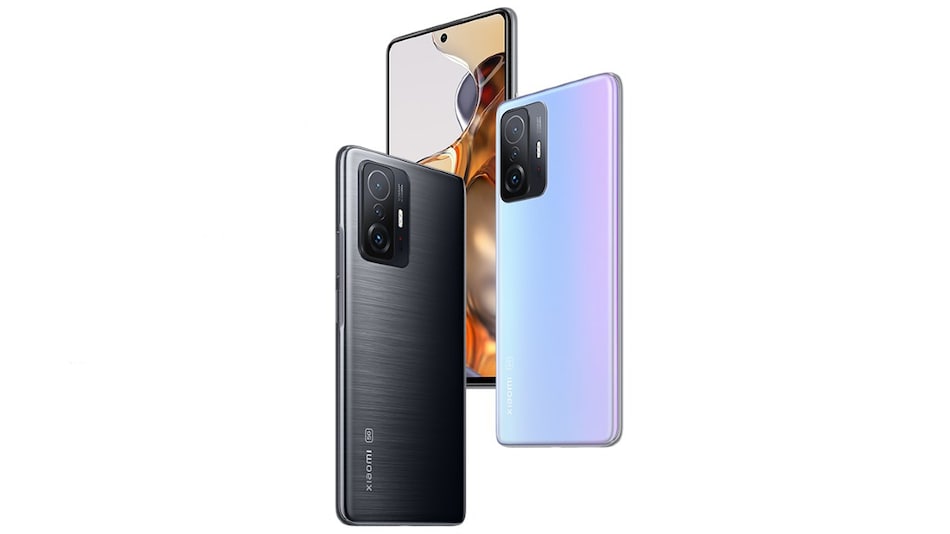 Xiaomi 11T Pro 5G was launched in India on Wednesday (January 19). The new Xiaomi phone (aka Hyperphone) comes with features including a 120Hz AMOLED display and 120W fast charging. The smartphone is also powered by an octa-core Qualcomm Snapdragon 888 SoC. Other key highlights of Xiaomi 11T Pro 5G include stereo speakers tuned by Harman Kardon and backed by Dolby Atmos, triple rear cameras, and 5G support. The handset is also claimed to be the first smartphone that has been tested to demonstrate the first 5G carrier aggregation in Mumbai, in partnership with Airtel. Xiaomi 11T Pro 5G will compete against the likes of Realme GT, OnePlus 9RT, iQoo 7 Legend, and Vivo V23 Pro.

Launch offers on the Xiaomi 11T Pro include a Rs. 5,000 instant discount for customers purchasing the phone using Citi cards and EMI options. The phone is also available with an additional exchange discount of up to Rs. 5,000.

The dual-SIM (Nano) Xiaomi 11T Pro 5G runs on Android 11 with MIUI 12.5 on top. It features a 6.67-inch full-HD+ (1,080x2,400 pixels) 10-bit true-colour flat AMOLED display with a 120Hz dynamic refresh rate. The display comes with Dolby Vision support and has a touch sampling rate of up to 480Hz. It is protected by a Corning Gorilla Glass Victus and offers up to 1,000 nits of peak brightness. Under the hood, Xiaomi 11T Pro 5G carries the octa-core Qualcomm Snapdragon 888 SoC, paired with Adreno 660 GPU and up to 12GB of LPDDR5 RAM. There is also support for 3GB virtual RAM expansion.

For photos and videos, Xiaomi 11T Pro 5G offers a triple rear camera setup which houses a 108-megapixel primary Samsung HM2 sensor with an f/1.75 wide-angle lens. The camera setup also includes an 8-megapixel sensor with an ultra-wide f/2.2 lens that has a field-of-view (FoV) of 120 degrees. Further, there is a 5-megapixel telemacro shooter with autofocus support.

In terms of capturing selfies and supporting video chats, Xiaomi 11T Pro 5G has a 16-megapixel selfie camera at the front, along with an f/2.45 lens. It supports up to 1080p video recording at up to 60fps frame rate and is backed by Selfie night mode for low-light photography.

Xiaomi 11T Pro 5G comes with a 5,000mAh dual-cell battery with 120W HyperCharge fast wired charging. The proprietary charging technology, which was also available on the recently launched Xiaomi 11i HyperCharge, is claimed to fully charge the phone from zero to 100 percent in 17 minutes. The phone also comes bundled with a 120W wired charger.