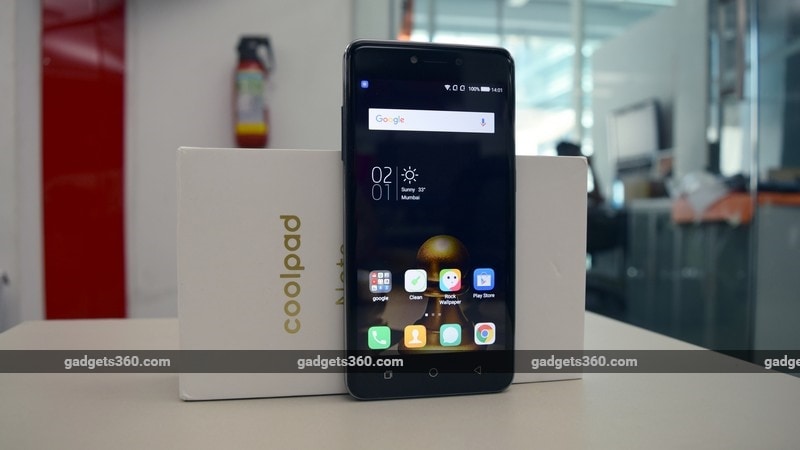 The Coolpad brand is associated with budget smartphones in India. The Chinese manufacturer has a significant chunk of its portfolio in the sub Rs 10,000 segment. When it launched, the Coolpad Note 3 Lite (Review) was one of the most affordable smartphones to sport a fingerprint scanner, making it a popular choice. History, it seems, has repeated itself with the Coolpad Note 5 Lite, its metal-clad successor.

Competition has become fierce with companies like Xiaomi and Lenovo offering powerful smartphones at throwaway prices. The Coolpad Note 5 Lite has quite a lot of devices to compete with. So, does it have what to it takes to survive in the market? We put it to the test.

The Coolpad Note 5 Lite is a good-looking device and is only available in Space Grey. The manufacturer states that it has a metal unibody, but it does not feel all that premium to us. The frame and buttons feel plasticky to the touch.

The power and volume buttons are on either side of the body. The power button is well positioned and is easy to reach. Above it is a hybrid dual-SIM tray which can take either two Nano-SIMs or one Nano-SIM and one microSD card.

The display on the Coolpad Note 5 Lite  has 2.5D glass on top which curves all along the edges. There is no reinforcement for the screen, and we highly recommend using an adhesive protector. Below the display are three capacitive buttons that are arranged in the opposite order to Google's stock layout. These buttons are not backlit and are quite hard to hit in the dark.

The back is curved towards the sides, making the phone comfortable to hold. The camera is placed right in the centre with a single-LED flash next to it. The Note 5 Lite has a recessed fingerprint scanner placed under the camera, and a loudspeaker further down. There is a tiny plastic tab below the loudspeaker so that sound isn't too muffled when the phone placed on a flat surface.

The Coolpad Note 5 Lite sports a 5-inch display with a resolution of 720x1280 pixels, which looks crisp. While the resolution is good, colour reproduction isn't very accurate. Everything appears to be washed out. If you have ever used an Amoled display, you might take some time to adjust to this.

The phone has typical budget-level specifications. The Coolpad Note 5 Lite is powered by a MediaTek 6735 processor which has four cores clocked at 1.4GHz. The processor is quite dated, and so this phone has a hard time keeping up with competitors powered by Qualcomm's Snapdragon 425 and 430. Coolpad could have opted for the newer MT6737 which is currently powering phones like the more expensive Asus Zenfone 3s Max (Review).

There is 3GB of RAM and we found that the device always had more than 1GB free. You get 16GB of storage space which can be expanded by up to 64GB. Do keep in mind that you'll have to live with the limited storage if you need a second SIM.

On the software front, the Coolpad Note 5 Lite runs Cool UI on top of Android Marshmallow. The UI is quite different when compared to the stock Android experience we love. The quick toggles are in a separate panel that pops up from the bottom of the screen when you swipe up, just like iOS, while the notifications shade can be pulled down like normal. There is no app drawer, and all icons appear on the homescreen when apps are installed. The smartphone has a lot of preinstalled bloatware including Zuimei Weather, Xploree keyboard, and Touchpal keyboard that we could have done without.

The Cool Manager app is a command center for the device and lets you tweak preferences as you wish. It combines RAM, permission and battery management into one interface, which is quite useful. For battery management you get preset modes called Common, Outdoors, and Ultra. There is also a Cool Store which lists deals from e-commerce players, and lets you download popular games and apps. Thankfully it does not bombard you with spammy notifications.

The Note 5 Lite has a 13-megapixel camera at the back along with a single LED flash. It has a f/2.2 aperture. The camera app is customised by Coolpad and offers quite a few options to play with. There is a Pro mode that gives you manual controls, a Beautify mode, and a dedicated Night mode.

Beautify smoothens images and blemishes, and can make you appear fairer, if you are into that sort of stuff. Night mode keeps the shutter open for longer. With a steady hand, photos taken in low light can look better than they do in normal mode.

The camera app on the Coolpad Note 5 Lite also lets you record GIFs and panoramas. There is HDR which can be set to Auto or make it kick in for every image. Video recording with the Note 5 Lite maxes out at 720p. You can tap the screen to adjust focus while recording.

Photos taken with the Coolpad Note 5 Lite were good but had muted colours. You need a very steady hand when taking photos, or they can come out blurry. HDR mode causes more of a delay than we are used to. Any movement while an HDR shot is being processed will result in ghosting in the image. We also saw some chromatic aberration in images which had bright backgrounds. Close-up shots were nice and sharp when there was adequate light.

The Coolpad Note 5 Lite is equipped with an 8-megapixel front camera with its own flash. Beautify mode is active by default when using the front camera. It has a fixed focus, but output is good enough to go on social media. The selfie flash helps when taking photos in low light.

The Note 5 Lite managed to score 27,845 in Antutu and 14fps in GFXBench. It goes up against the Xiaomi Redmi 3s Prime (Review) which sports a Snapdragon 430 processor and got a score of 40,250 in Antutu. Even the recently launched and less expensive Redmi 4A can outpace the Note 5 Lite.

We did try gaming on the Coolpad Note 5 Lite and were satisfied with the results. We loaded Asphalt 8 and Real Racing 3 and while the load times were longer than usual, they ran smoothly. Even after playing for a significant period, the phone didn't get too hot. Yes, it was warm to the touch, but not uncomfortable to hold. The battery also held up well while gaming and we didn't notice any abnormal drops in the charge level.

The Coolpad Note 5 Lite packs in a non-removable 2500mAh battery. Coupled with the MediaTek 6735 processor, this phone can run for one working day with moderate use. In our HD video loop test, it lasted for 9 hours and 7 minutes. Approximately one hour of GPS navigation consumed close to 20 percent of the battery, but again the phone did not get too hot, which is a good sign. When you are running low, there is a 7.5W charger in the box that takes about two and a half hours to charge this phone from zero to 100 percent.

The fingerprint scanner on the rear of the Coolpad Note 5 Lite deserves a mention. It is conveniently placed and is one of the fastest scanners in this price range. Different fingerprints can be assigned to different user accounts, so you can jump to your work or personal accounts simply by unlocking the phone with a specific finger. It can also be used to lock down apps, answer an incoming call, record an ongoing call, and turn the display off, among other things. These gestures make the scanner useful beyond its usual function.

The Coolpad Note 5 Lite is in a war zone right now. It is priced in a segment that sees new entrants every other week. Expectations are high, and this phone does look good compared to what some bigger brands sell. However, there is still competition from other Chinese companies, most notably the Xiaomi Redmi 3s which is a very strong contender.

Quite a few things are right. This phone offers good build quality, 3GB of RAM, and a fingerprint scanner. The only real chink in its armour is the outdated MediaTek SoC that runs the show. If you are tired of trying your luck at Xiaomi's flash sales, the Note 5 Lite is a reasonable alternative.